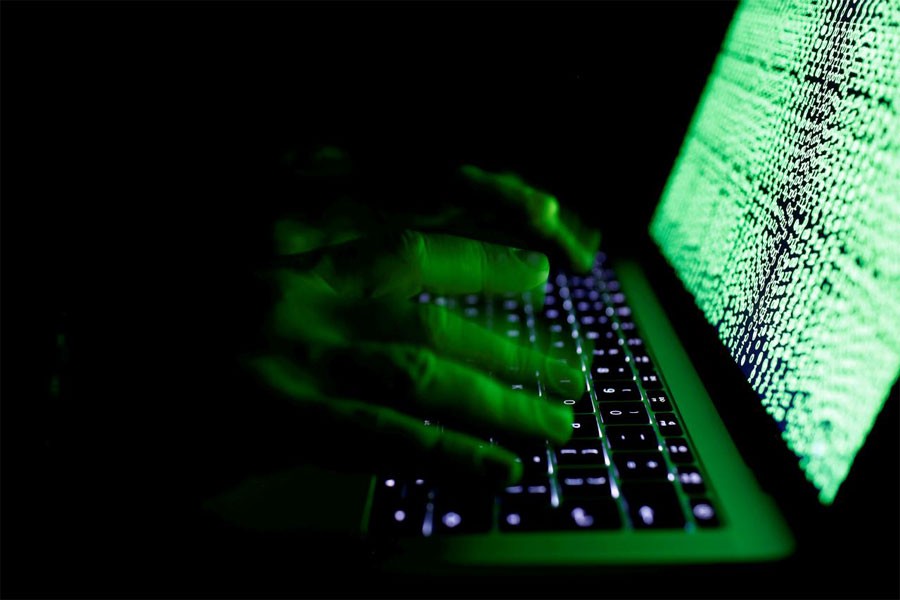 A man types on a computer keyboard in front of the displayed cyber code in this illustration picture taken March 1, 2017. (Reuters Photo)

The agency alleges that Chinese intelligence used the networking site to target at least 10,000 Germans, possibly to recruit them as informants.

It released a number of fake profiles allegedly used for this purpose.

"This is a broad-based attempt to infiltrate in particular parliaments, ministries and government agencies," he said.

China has denied similar allegations of cyber espionage in the past and has not yet responded to the German allegation, says a BBC report.

The BfV published eight of what they say are the most active profiles used to contact German LinkedIn users. They are designed to look enticing to other users, and promote young Chinese professionals -who do not exist.

Some of the accounts include "Allen Liu", said to be a human resources manager at an economic consultancy, and "Lily Wu", who reportedly works at a think tank in eastern China.

The BfV says both accounts are fake.

The agency is increasingly worried that Chinese intelligence is using the method to recruit high-ranking politicians as informants.

They asked users who believed they had been targeted by suspect accounts to contact them.

They said the hacker group known as "Fancy Bear" or APT28 was especially active - and it is believed to be controlled by the Russian state.