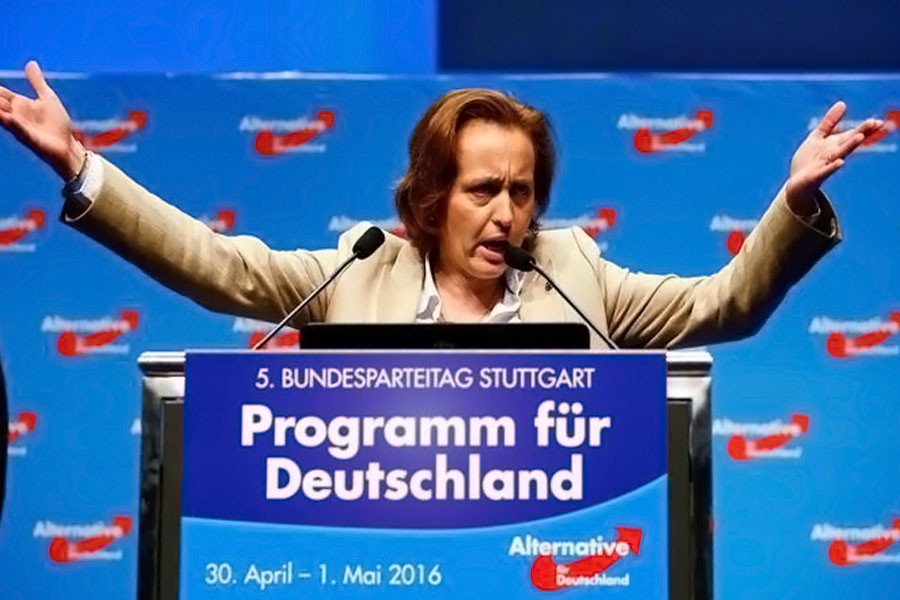 Beatrix von Storch gestures as she speaks at the party congress of the anti-immigration party Alternative for Germany (AfD) on the second day in Stuttgart, Germany, May 1, 2016. (REUTERS)

A German politician is facing a police investigation over inflammatory comments made on New Year's Eve.

She accused Cologne police of appeasing "barbaric, gang-raping Muslim hordes of men" after they tweeted a new year message in Arabic.

Police are deciding whether she should be charged with incitement to hatred, says a BBC report.

The police force tweeted its message in a number of languages, including English and French as well as Arabic and German.

She then re-posted the same message on Facebook, where it was also blocked for reasons of incitement.

Police in Cologne told German news magazine Der Spiegel that it was investigating if the member of parliament had committed a criminal offence, but stressed that doing so was normal procedure.

The country will now enforce fines on social media sites which do not remove "obviously illegal" posts.

Storch's party defended her comments, claiming that the removal of her remarks was a form of censorship.

Cologne has been at the centre of a controversy over New Year's Eve celebrations since two years ago, when a large number of assaults against women - allegedly by men from migrant backgrounds - marred the festivities.

The following year, police in the city came under criticism for questioning hundreds of men of North African descent.

And on New Year's Eve 2017, a special "women only" zone was set up in Berlin for the first time.