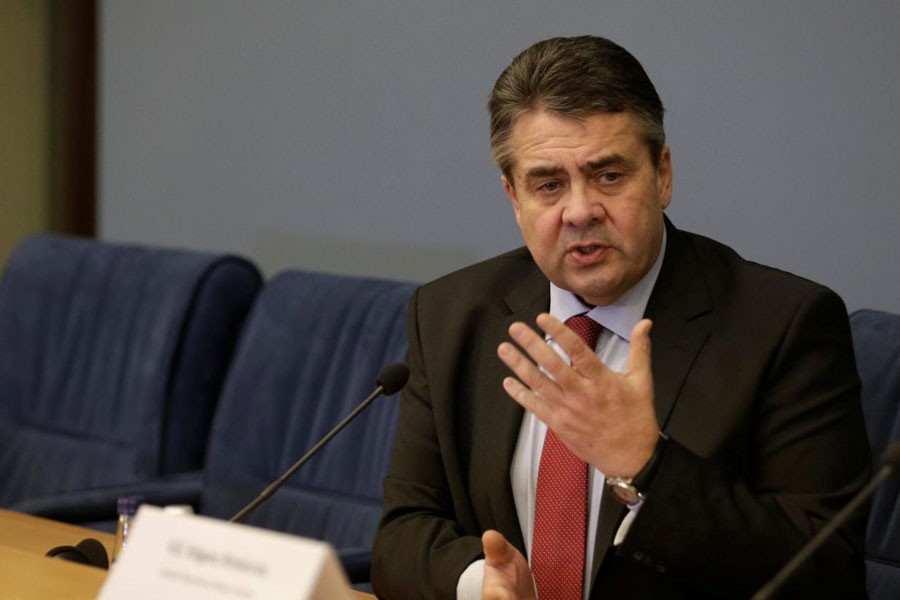 German Foreign Minister Sigmar Gabriel, who led the party until stepping aside earlier this year to make way for former European Parliament president Martin Schulz, said he supported Macron’s call for a separate budget for the eurozone.

“We should be ready to invest more in our future,” Gabriel told Germany’s Funke newspaper group and the French newspaper Ouest-France in an interview published Saturday. “Germany is the biggest winner of the EU and can afford to contribute more.”

Gabriel said Macron’s proposals to reform the European Union would be “very important” in the coalition talks, which are due to begin on Jan 7 after Merkel failed to reach agreement with two smaller parties.

He said he was enthusiastic about Macron’s core idea of strengthening the EU and making it a global player.

The SPD had initially hoped to go into opposition after suffering its worst election losses in the post-war era, but was persuaded to enter into negotiations with conservatives to avoid new elections, reports Reuters.

Merkel earlier this month gave her strongest endorsement of Macron’s proposals, but Germany has been hamstrung in taking more decisive action on any concrete proposals until it has a new government in place.

Merkel said she saw promising areas of common ground with Social Democrats on the future of Europe, and urged speedy action to work on EU reforms before the next European elections in 2019. This week she said she wants an initial coalition deal with the SPD by mid-January.

Macron hopes to make progress with Germany on ideas to reform the eurozone by March, once Germany has a new coalition government in place, with the goal of agreeing a “roadmap” with all eurozone leaders by June.

Gabriel also called for the EU to adopt programs that would encourage communities in poorer member states to accept more migrants by offering financial assistance.