G-7 nations can lead the way in ending coal use, says Germany 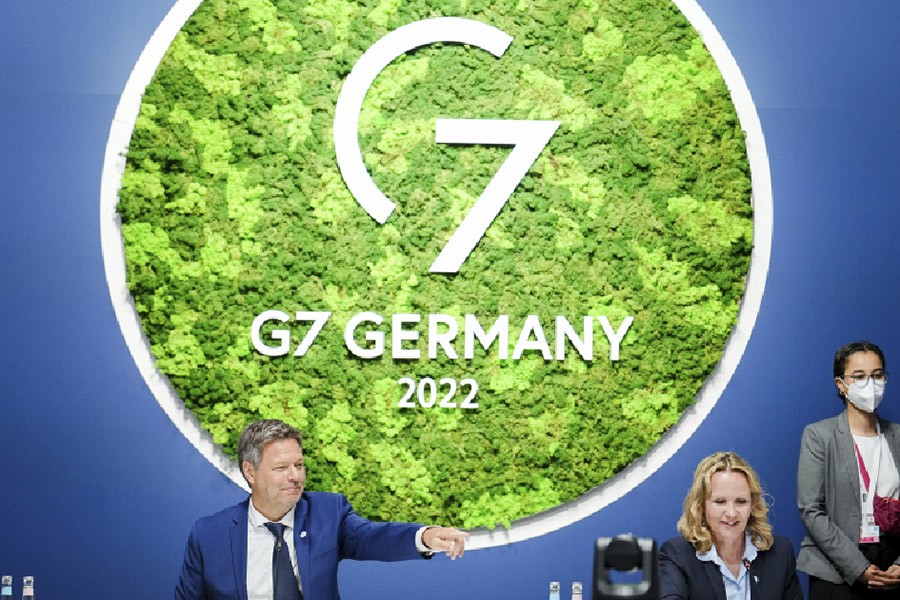 Germany's energy and climate minister said Thursday that the Group of Seven wealthy nations (G-7) can lead the way in ending the use of coal, a heavily polluting fossil fuel that's responsible for a large chunk of global greenhouse gas emissions.

Senior officials from the G-7 countries are holding a three-day meeting in Berlin during which they will seek to agree on common targets for the shift from fossil fuels to renewable energy that scientists say is urgently needed to curb climate change.

"The G-7 (...) can perhaps take on a certain pioneering role to push forward ending the use of coal for electricity and in decarbonizing the transport system," German Energy and Climate Minister Robert Habeck said.

Habeck said the issue could be carried forward to the G-7 leaders' summit in Elmau, Germany, next month and then to the meeting of the Group of 20 leading and emerging economies later this year, reports AP.

Getting G-20 countries to sign on to the ambitious targets set by some of the most advanced economies will be key, as countries such as China, India and Indonesia remain heavily reliant on coal.

Habeck said it would be wrong to view the efforts countries are making to tackle the current energy crisis, stoked by Russia's war in Ukraine, as countering efforts to end fossil fuel use.

"What we are seeing at the moment is an acceleration of the ecological transformation," he said.

Environmental groups have warned that countries such as Germany risk undermining their green goals by scrambling to secure new sources of natural gas - including from the United States - to make up for the shortfall in supplies from Russia.

The meeting in Berlin will also seek to reach agreements on boosting financial aid for poor countries to cope with climate change, additional funds for biodiversity, protecting oceans and reducing plastic pollution.