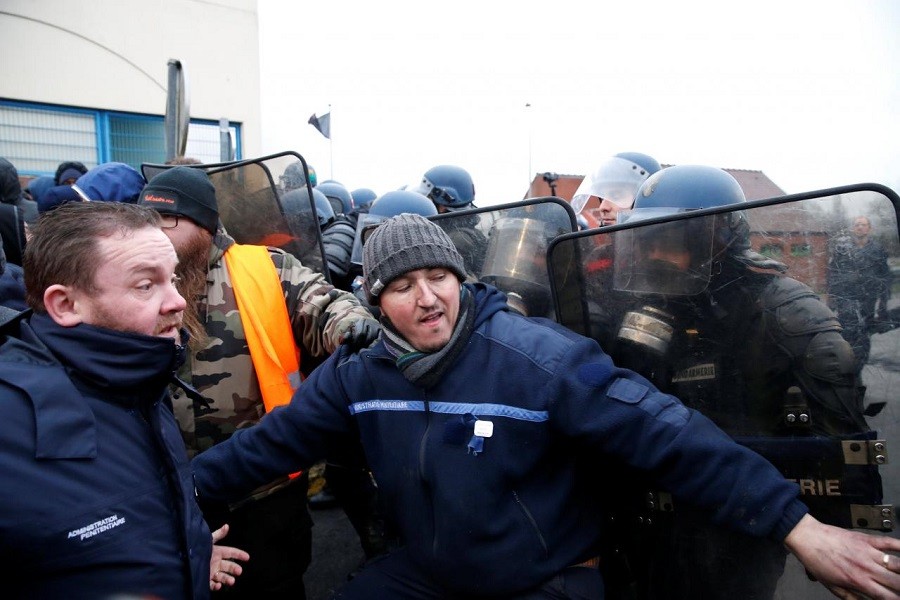 The largest of three French prison guard unions spearheading a nationwide strike said on Friday it would accept a government proposal on better pay and staff safety.

The UFAP-Unsa union said its acceptance would end picketing and work stoppages by its members. Two other labor unions have rejected the government offer of more hires, pay bonuses and measures to better contain inmate violence, reports Reuters.

President Emmanuel Macron is under pressure to bring an end to industrial action, sparked by inmate attacks on guards, as tension among prisoners rises in France’s crowded jails.

FBCCI hands over PPE to ERF