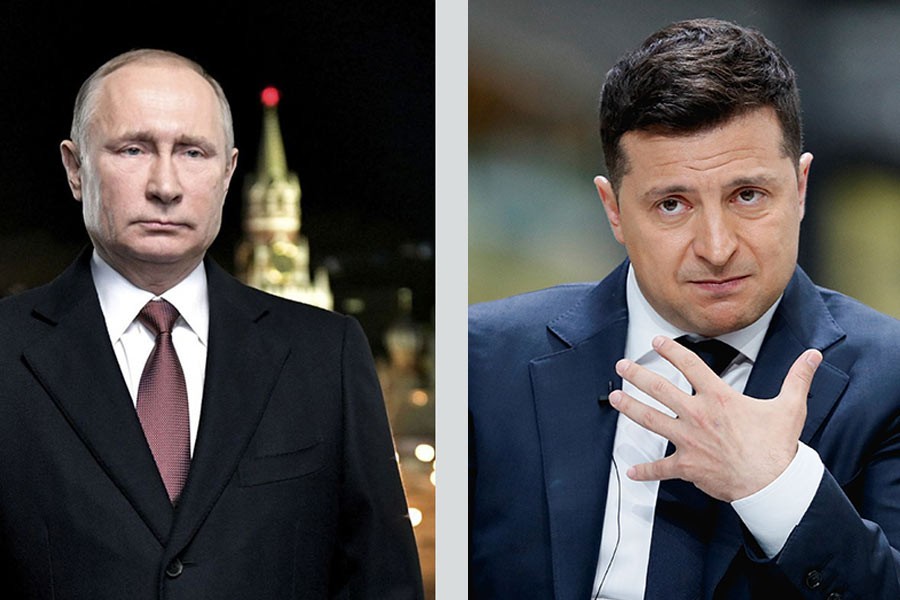 The pair "insisted on an immediate ceasefire and a withdrawal of Russian troops", the chancellor's office said.

Russia's leader said Moscow was open to resuming dialogue with Kyiv, according to the Kremlin.

It did not mention the possibility of direct talks between Mr Putin and his Ukrainian counterpart, Volodymyr Zelensky.

The Ukrainian president earlier said he was not "eager" for talks, but added they would likely be necessary to end the conflict.

Russian and Ukrainian delegations have held multiple rounds of talks remotely and in-person since 24 February, but efforts have stalled of late.

France and Germany also urged Putin to release 2,500 Ukrainian fighters taken as prisoners of war at the Azovstal steelworks in Mariupol.

The sprawling factory became the last holdout in the southern port city, which endured relentless bombardment from Russian forces and now lies in ruins.

Earlier this month, Moscow officials said the last fighters defending the plant had surrendered, while President Zelensky said they had been given permission to leave.

Russia has previously said more than 900 of the fighters were moved to a reopened prison colony in Olenivka, a village in Russian-occupied Donetsk. A smaller number with serious wounds were taken to a hospital in the town of Novoazovsk, also in Donetsk.

Ukraine hopes they will be released as part of a prisoner exchange - but Russia has not confirmed that. Some Russian lawmakers argue the fighters should be tried or even executed.

Also during the call, the French and German leaders asked Putin to lift Russia's blockade of the Ukrainian port of Odesa, to allow for grain exports.

The Kremlin said Putin offered to look at options, to help address the risk of a global food crisis - but demanded that the West lift sanctions.