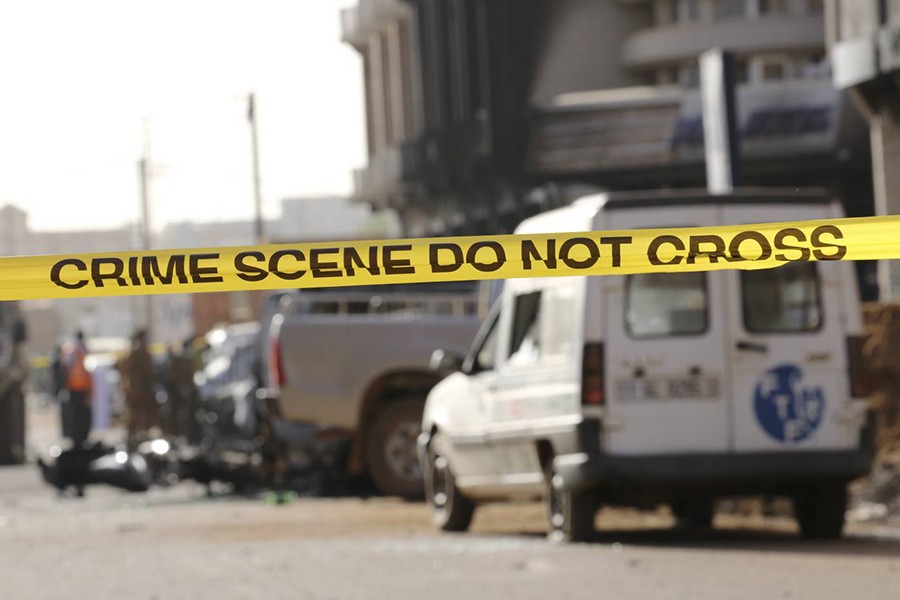 A police cordon is seen in front of the Splendid Hotel in Ouagadougou, Burkina Faso in this Reuters file photo

Fourteen people were killed and 19 wounded when a bus carrying students ran over an improvised explosive device on Saturday in northern Burkina Faso, the government said.

It was not immediately clear who was responsible for the blast, which hit one bus in a convoy of three that was carrying 160 passengers in all, it said in a statement.

The incident occurred in Sourou province, near the border with Burkina’s chaotic neighbour Mali, where Islamist groups with links to al Qaeda and Islamic State have increased attacks over the past two years despite international efforts to stamp them out.

Three sources said earlier that the convoy had been ferrying pupils back from an end-of-year school break. The government statement said seven students were among the dead, without providing their ages.

“The government strongly condemns this cowardly and barbaric act which aims to damage people’s morale,” the statement said.

Burkina has lost its reputation as a pocket of relative calm in the Sahel region as a homegrown insurgency has been amplified by a spillover of jihadist violence and crime from Mali, rendering much of the north ungovernable.

Attacks over the past year have killed hundreds and forced nearly a million people from their homes.

Insurgents killed 35 mostly female civilians on December 24 after attacking a military outpost in Soum Province, also in the north. About 87 militants and local security forces were killed in the clash, authorities said.