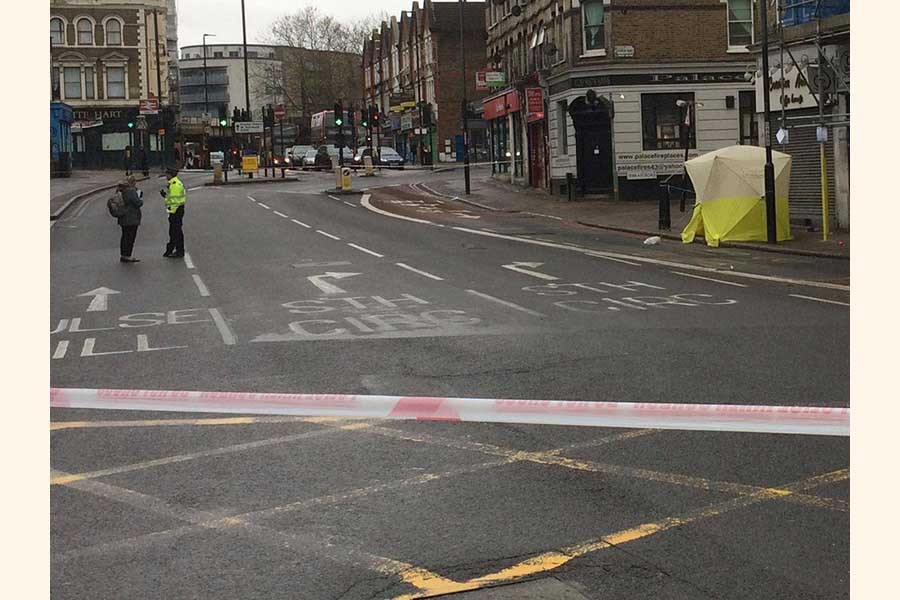 Four people have been killed in a spate of unrelated stabbings across London on New Year’s Eve.

Police are appealing for information after a 17-year-old boy, 18-year-old man and two others aged 20 died within hours as millions celebrated the start of 2018.

The Independent UK says a fifth victim is fighting for his life in hospital.

Investigators called the murders “heart-breaking” while vowing to crack down on a rise in knife crime and other violence in the capital.

The first victim, an 18-year-old man, was stabbed in Larmans Road, Enfield, at around 11.30am and died later in hospital.

Three hours later, a 17-year-old boy was fatally stabbed near Tulse Hill railway station in south London, dying on the pavement from a single wound.

Then in the early hours of the New Year, around 2.30am, a 20-year-old man died of knife injuries in Bartholomew Court, Old Street, near the City of London boundary.

A fifth man, in his 20s, was stabbed in the same incident and remains in a critical condition in hospital.

Scotland Yard said none of the killings were being treated as linked after launching four separate murder investigations.

Commander Neil Jerome, of the Metropolitan Police’s Territorial Policing Command, said thousands of officers had been on duty across London to keep the public safe during celebrations.

“However, there were small groups who chose to engage in disorder and violence, and whose actions have had utterly tragic consequences,” he added.

“I can assure Londoners - and the families and friends of the four males killed and the fifth who remains in hospital - that detectives will work tirelessly to bring to justice those responsible for such despicable acts of violence.”

Five male suspects have been arrested in connection with the murder in Enfield but no one has been detained over the three other cases.