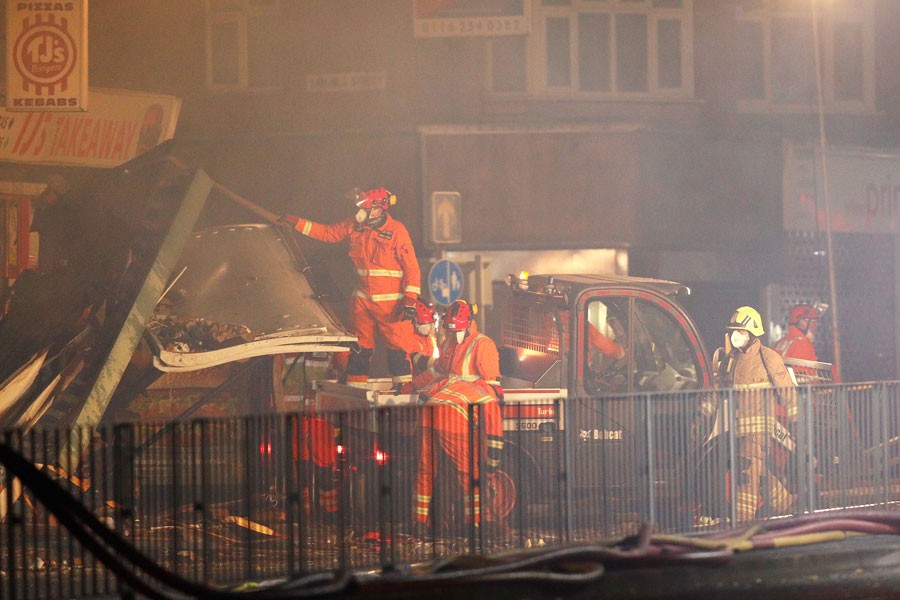 Members of the emergency services work at the site of an explosion which destroyed a convenience store and a home in Leicester, Britain, February 25, 2018. (REUTERS)

A blast destroyed a convenience store and a home in the central English city of Leicester on Sunday, killing at least four people and leaving four more wounded, British police said.

“There are four confirmed fatalities at this stage and a number of people still undergoing treatment in hospital,” Leicestershire Police Superintendent Shane O’Neill said.

A Reuters report says quoting O’Neil that rescue efforts are still on to locate any further casualties.

The blast ripped through the building on Sunday night, destroying a shop on the ground floor and a two-storey apartment above it.

There was no immediate indication that the explosion was linked to terrorism, police said.

Pictures and videos showed flames leaping into the sky from the site which was reduced to rubble.