Floods cause $684.58m in damage in South African province 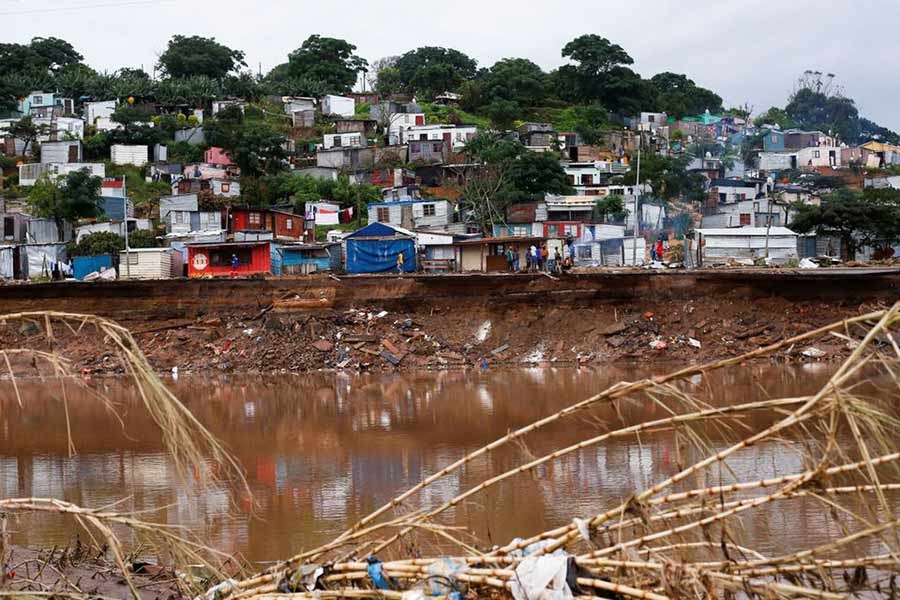 Floods have killed more than 400 and caused at least 10 billion rand ($684.58 million) in damage in KwaZulu-Natal (KZN), a senior provincial official said on Sunday, as rescuers hunted for the missing and more rain was expected.

The floods have left thousands homeless, knocked out power and water services and disrupted operations at one of Africa's busiest ports, Durban, reports Reuters.

Ravi Pillay, a KZN official responsible for economic development, tourism and environmental affairs, said that in addition to just over 400 deaths, about 40 to 50 people were unaccounted for.

Referring to the damage, he told local television channel Newzroom Afrika it had "exceeded the 10 billion mark at this point".

Public broadcaster SABC on Saturday put the death toll at 398, with 27 missings.

President Cyril Ramaphosa's office said in a statement late on Saturday he had delayed a working visit to Saudi Arabia to focus on the disaster. Ramaphosa will meet cabinet ministers to assess the response to the crisis.

Pillay said some KZN hotels had reported occupancy levels of up to 70% but there had been a significant number of cancellations over the normally busy Easter weekend that he estimated at 30% in some cases.

"It is very unfortunate because ... we are coming back from a very traumatic two and a half years, and we actually had been building very nicely January, February, March in terms of our tourism numbers," he said. "We were looking forward to that proverbial bumper Easter, but it was not to be."