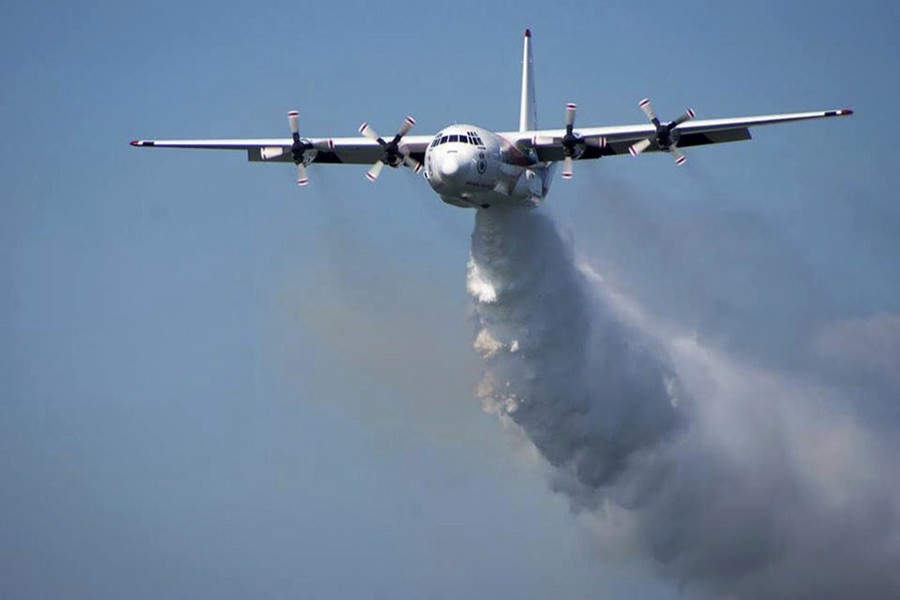 In this undated photo released from the Rural Fire Service, a C-130 Hercules plane called 'Thor' drops water during a flight in Australia. Picture used only for representation — RFS via AP

New South Wales Premier Gladys Berejiklian confirmed the deaths and crash in comments to reporters as Australia attempts to deal with an unprecedented fire season that has left a large swath of destruction.

Coulson Aviation in the US state of Oregon said in a statement that one of its C-130 Lockheed large air tankers was lost after it left Richmond in New South Wales with retardant for a firebombing mission. It said the accident was “extensive” but had few other details.

“The only thing I have from the field reports are that the plane came down, it’s crashed and there was a large fireball associated with that crash,” said Rural Fire Service Commissioner Shane Fitzsimmons.

He said all three aboard were US residents.

“Unfortunately, all we’ve been able to do is locate the wreckage and the crash site and we have not been able to locate any survivors,” he said.

Berejiklian said there were more than 1,700 volunteers and personnel in the field, and five fires were being described at an “emergency warning” level.