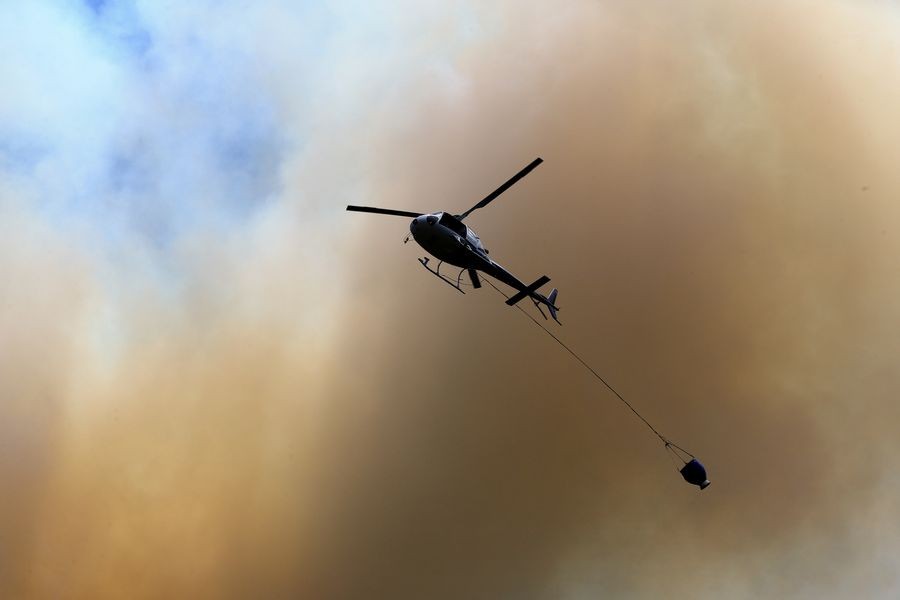 New Zealand firefighters have finally managed to contain a large forest fire that broke out on Monday and has burned through more than 300 hectares of the North Island forest in the north of Napier.

The fire broke out at a pine forest in Napier on Monday when it spread 140 hectares. However, its size grew to more than 300 hectares before fire crews contained it on Tuesday.

While being contained, the fire may still keep burning for weeks, according to the fire and emergency authorities.

Forest scientists warned that pine trees, which were on fire this time, are "relatively-flammable plantation."

The authorities said about 65 firefighters, 11 trucks, an aeroplane, and six helicopters battled the fires, and the strong winds which have created bad conditions for containing the fire, were weakening on Tuesday.

Fire and Emergency said no other houses are at risk, except that one property near Napier was evacuated.

Besides the firefighters fighting the New Zealand fire, 179 Kiwi firefighters were helping to put down the deadly bushfires in Australia.

The fire and emergency authorities said New Zealand had enough firefighting resources to handle the wildfire season, despite more fire crews were sent to help out in Australia.

The most recent fires of national significance in New Zealand was the Port Hills fires in February 2017, which burnt through nearly 2,000 hectares of land in Christchurch of the South Island. It destroyed nine homes and damaged five more.

The fire also killed a helicopter pilot who battled the blaze, and the department of Fire and Emergency New Zealand was also created after the Port Hills fires.