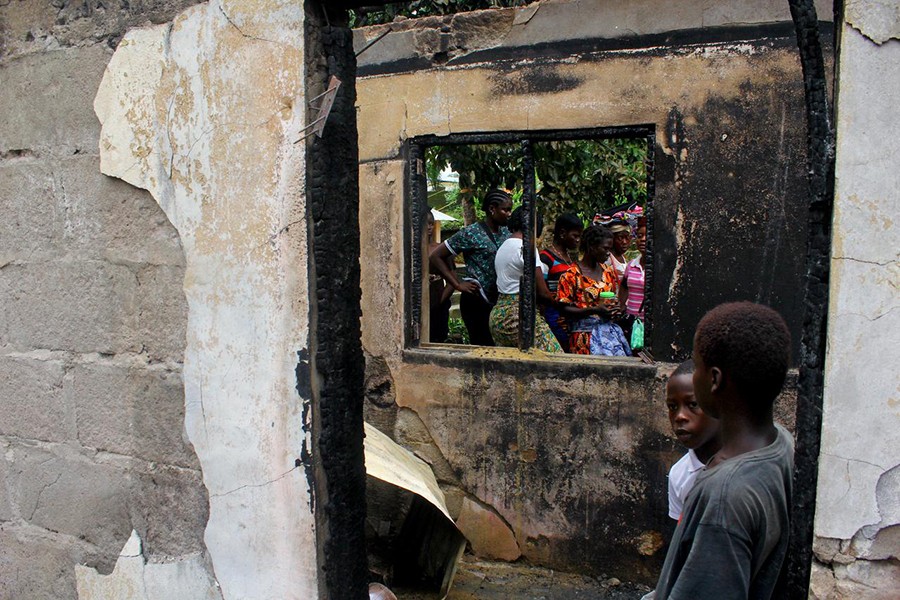 People walk through a burned building after a fire swept through a school killing children in Monrovia, Liberia on September 18, 2019 — Reuters photo

A fire at an Islamic school in Liberia has killed at least 27 children, police said on Wednesday.

“The kids were learning the Koran when the fire broke out,” police spokesman Moses Carter said. He added the blaze was caused by an electrical issue and that further investigations were ongoing.

Carter had originally said 30 children were killed before revising the death toll down to 27. Two survivors were taken to the hospital, he said.

The fire started late on Tuesday (local time) in the suburbs of the capital Monrovia, President George Weah said in a tweet.

It is common for buildings to collapse in blazes linked to faulty electrics in Liberia’s big cities, however these are rarely deadly.