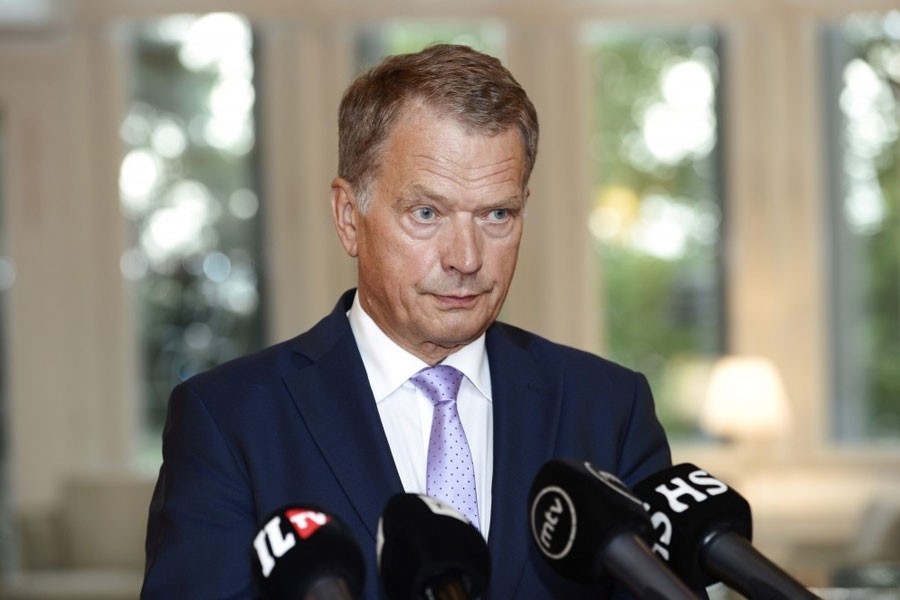 He secured 62.7% of the vote in Sunday's poll, easily beating his Green party rival (12.4%), according to official results.

Niinisto is the first candidate to win in the first round of voting since the electoral system was changed in 1994, says a BBC report.

"I am very surprised at this kind of support. I must think hard how to be worthy of it," he said.

"We will follow very closely what is happening outside of Finland, globally, and if needed, then we will react."

Niinisto won popularity by maintaining relations with Moscow, despite Finland backing economic sanctions against Russia over its annexation of Crimea from Ukraine.

In 2012, he won the presidency as a candidate for the centre-right National Coalition Party, but he campaigned as an independent in this election.

His nearest rival, Pekka Haavisto of the Green Party, congratulated him on his victory. "Niinisto has clearly won this race, my warm congratulations to him," he said.

Laura Huhtasaari from the nationalist Finns Party and independent candidate Paavo Vayrynen, won 6.9% and 6.2% of the vote respectively.