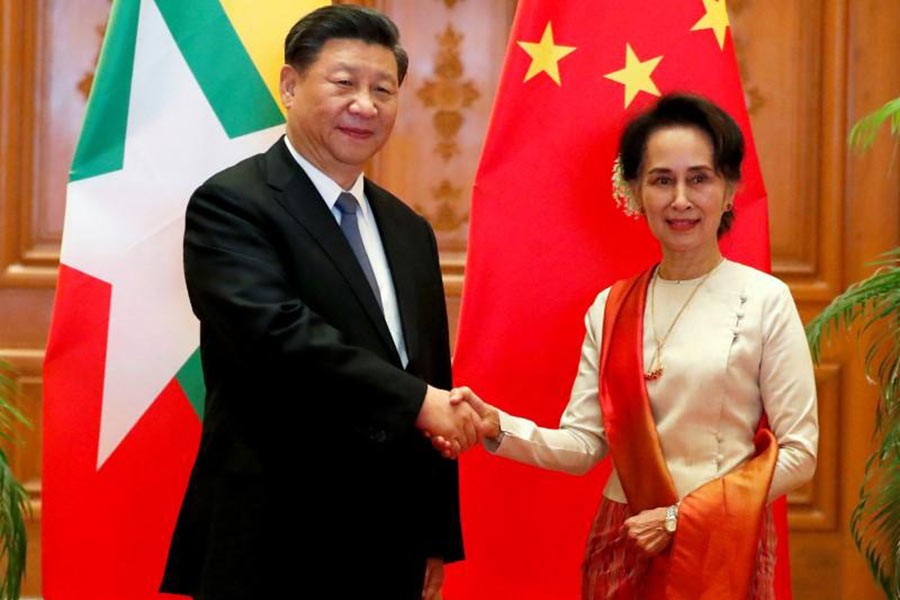 Facebook has apologised for translating Chinese President Xi Jinping's name from Burmese to English into an obscenity on its platform.

The translation gaffe came to light on the second day of Xi's state visit to Myanmar.

In Burmese Facebook posts about their meeting, Xi's name in English was translated erroneously.

His name appeared as "Mr Shithole" in Facebook posts shared on the official accounts of Suu Kyi and her office.

Facebook addressed the mishap in a statement on Saturday, blaming a "technical issue" for the mistranslation.

"We fixed a technical issue that caused incorrect translations from Burmese to English on Facebook," said Andy Stone, a spokesman for Facebook. "This should not have happened and we are taking steps to ensure it doesn't happen again."

Burmese is the official language in Myanmar, where it is spoken by two-thirds of the population.

Facebook admitted that Xi's name had not been inputted into the database that translates Burmese into English.

In instances where data for a word is missing, Facebook's system guesses the translation, using similar syllables to replace it, the company said.

Translation tests of similar words that start with "xi" and "shi" in Burmese also produced "shithole", it added.

"We are aware of an issue regarding Burmese to English translations on Facebook, and we're doing everything we can to fix this as quickly as possible," Stone added in the statement.

As of Sunday morning, the English translation function did not appear to be working on the Burmese posts of official Facebook pages belonging to Suu Kyi and the Myanmar government.

There were reports that coverage of the gaffe was censored in China, where the flow of information is controlled by the government.

In Myanmar, President Xi has sought to strengthen political and economic ties with the country.

During the two-day trip, lucrative infrastructure deals were jointly signed by Xi and Suu Kyi, a Nobel Peace Prize laureate and the State Counsellor of Myanmar.

The trip comes a month after Suu Kyi was accused of "silence" over alleged atrocities against Rohingya Muslims in Myanmar at the International Court of Justice.