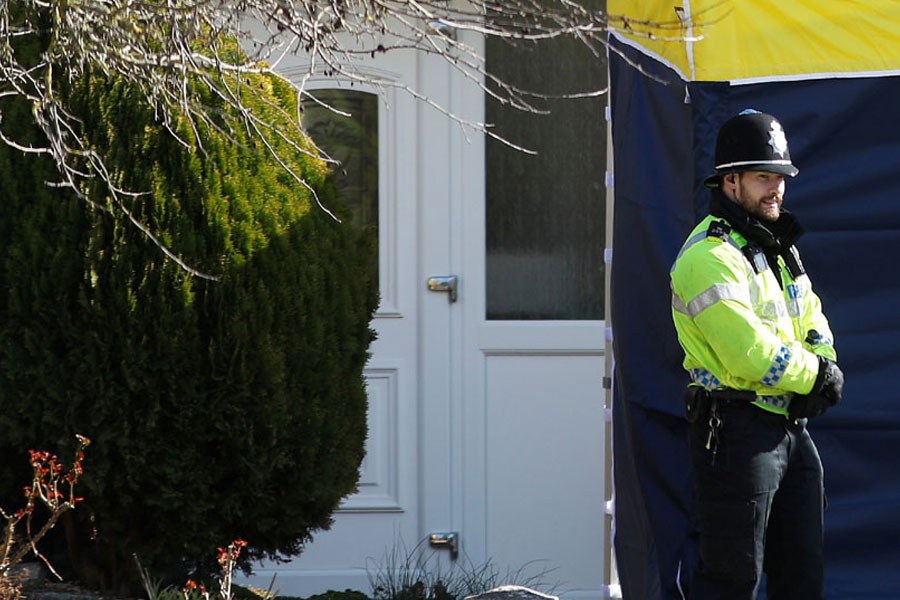 A police officer stands guard outside of the home of former Russian military intelligence officer Sergei Skripal, in Salisbury. Reuters.

Russian former spy Sergei Skripal is no longer in a critical condition after being poisoned by a nerve agent, doctors have said.

Skripal, 66, and his daughter Yulia, 33, have been in hospital for more than a month after being found unconscious on a bench in Salisbury, reports the BBC.

They had been poisoned with a toxic nerve agent called Novichok.

Yulia Skripal is conscious and talking in hospital.

The UK government claims Russia is behind the attack but Moscow has denied all involvement, calling the accusations ‘horrific and unsubstantiated’.

Meanwhile, the UK has refused to grant a visa to Yulia’s cousin, Viktoria Skripal.

The Home Office said the application did not comply with immigration rules. A government source said it appears Russia is ‘trying to use Viktoria as a pawn’.

The Russian Embassy said Sergei and Yulia Skripal ‘remain hidden from the public’ as a result of the visa decision and the ‘only relative’ who could reasonably expect to see them is ‘kept out of the UK’.

“The stubborn refusal to cooperate, to provide transparency and to answer the numerous questions means Britain has something to hide,” an embassy spokesman said.

Viktoria later said she did not have enough money in her bank account to satisfy the visa requirements.

It comes after Russian TV aired a recording of an alleged phone conversation between Viktoria and Yulia on Thursday.

Doubts were raised over its authenticity but Viktoria has told Newsnight she was 100% certain it was Yulia.