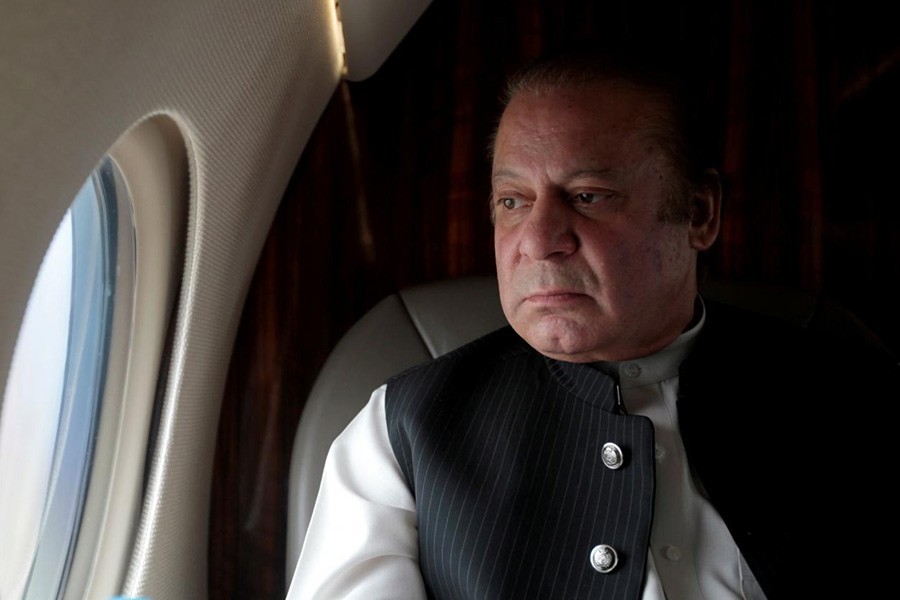 The former Pakistan prime minister Nawaz Sharif, who is serving a prison sentence for corruption, has left the country to receive medical treatment in London.

Sharif, a three-time prime minister, has an immune system disorder and other health problems.

The Lahore High Court lifted a travel ban on Saturday and the government rubber-stamped the decision on Monday.

Imran Khan's government had been reluctant to release Sharif.

It wanted him to sign an indemnity bond worth $44m before allowing him abroad - but the court allowed him to travel without signing the bond, reports the BBC.

How ill is Nawaz Sharif?

Nawaz Sharif's health and the travel ban have dominated news in Pakistan for nearly a month.

Last month his blood platelet count dropped to a critical 16,000, compared to around a 150,000 for a healthy person, a doctor told BBC.

Sharif, 69, is also on drugs for a cardiac problem, and suffers from diabetes and kidney issues.

Both official and private medical boards have recommended he is treated abroad, as Pakistan does not have adequate facilities.

Sharif will travel via Doha in a "high-end air ambulance" with a fully-staffed intensive care unit and operating theatre, his personal doctor said.

Why is he serving a jail sentence?

In 2018 - following the Panama Papers leak - he was found guilty of corruption, relating to his family's ownership of upmarket London apartments.

He was given a 10-year prison sentence, but was released two months later when the court suspended the sentences, pending a final judgement.

But in December 2018 he was jailed for corruption again, this time for seven years, in relation to his family's ownership of steel mills in Saudi Arabia.

He denies wrongdoing and accuses the military of conspiring to end his political career.

When will he come back?

Sharif has agreed to return within four weeks, or when doctors say he is fit to return.

His brother Shahbaz - who is travelling with Sharif - signed a court document that said: "If at any stage, the federal government has credible information that Nawaz Sharif is living abroad despite his fitness to travel, a representative from Pakistan's High Commission would have a right to meet with his physician(s) to verify or confirm about his health."