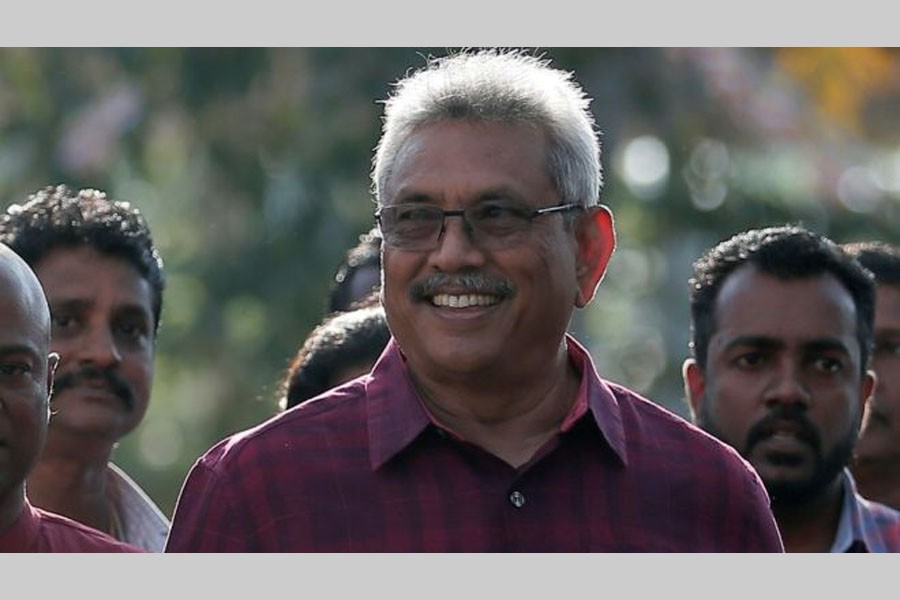 The election is Sri Lanka's first since a deadly terror attack in April.

Militants linked to the Islamic State group targeted churches and high-end hotels across the island on Easter Sunday, killing more than 250 people.

"It is my privilege to honour the decision of the people and congratulate Mr Gotabaya Rajapaksa on his election as the seventh president of Sri Lanka," Mr Premadasa said.

In a statement on Twitter, Mr Rajapaksa made a call for national unity saying "all Sri Lankans are part of this journey".

Turnout was 83.7 per cent, the election commission said.

Mr Rajapaksa is due to be sworn in at a ceremony on Monday.