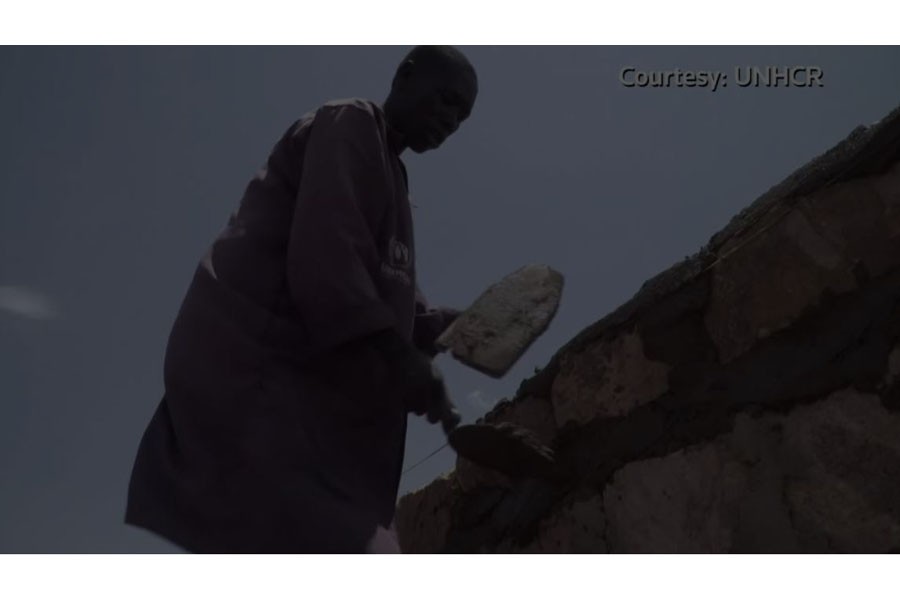 The United Nations’ refugee agency is marking this year’s World Refugee Day with the message that “every action counts”, as it faces the challenge of the COVID-19 pandemic and record numbers of people forced from their homes by war and extreme weather, reports Reuters.

Conflict, hunger and economic upheaval had displaced nearly 80 million people worldwide, half of them children, by the end of 2019 - nearly twice as many as a decade ago.

In Africa alone, fighting in the Democratic Republic of Congo, Burkina Faso and the Sahel region have contributed to the number of refugees surging to 6.3 million, Clementine Nkweta-Salami, the UNHCR director for East Africa, Horn of Africa and the Great Lakes said.

“I think we are witnessing today record levels of forced displacement, where almost close to 80 million people are displaced worldwide. This breaks down as 1 per cent of humanity,” she told Reuters.

“One person in every 97 persons is forcibly displaced. On the (African) continent, we also see rising numbers. We started the decade with about 2.2 million and that has almost tripled.”

In Kenya, the government and the UNHCR have provided items such as face masks and sanitisers in the Dadaab refugee camp, close to Somalia.

It houses more than 217,00 people, making poor sanitation and overcrowding a big concern. The agency said in May at least two people had tested positive for COVID-19 at the camp.

“On World Refugee Day, I think the message we have this year, notably that together we can make a difference and that every action counts,” Nkweta-Salami said.

“I think is one that should resonate in the hearts of most people globally, I would say more than it would have done in a year in which we were not all confronting the same situation.”

Habiba Muhamad, from Somalia, lives at the camp. “We’ve been receiving food during the coronavirus,” she said. “We were given masks, soaps.”

Mumina Yussuf, another refugee from Somalia, said health workers there had been diligent.

“Hand sanitisers have been provided to keep our hands clean. They have put containers with running water outside,” she said.

There may never be a 'silver bullet' for coronavirus, WHO alerts

Final days of hajj and Eid festival impacted by coronavirus

'Vaccine nationalism': Is it every country for itself?

Climate emergency ‘a danger to peace’

WHO finds no proof of herd immunity yet