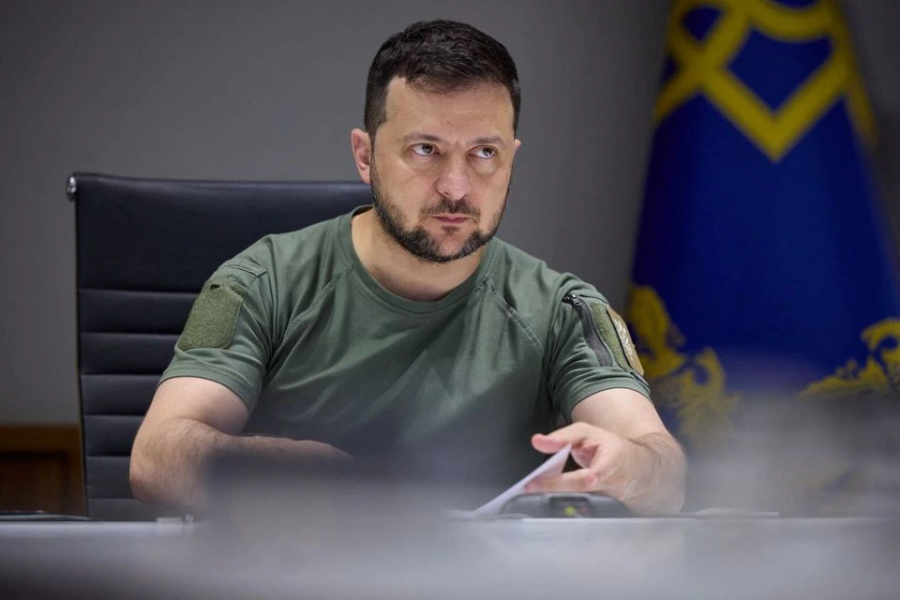 Ukrainian President Volodymyr Zelenskiy said the launching of power transmissions to Romania was the start of a process that could help Europe reduce its dependence on Russian hydrocarbons.

Zelenskiy's comments in his nightly video message on Thursday followed an announcement by Prime Minister Denys Shmyhal that exports had started earlier in the day - with a volume of 100 megawatts - four months into Russia's war on Ukraine, reports Reuters.

The president said the start of exports was "another significant step in our movement toward the European Union".

"Thanks to Ukrainian electricity, a significant part of the Russian gas used by European consumers can be replaced. This is therefore not just a question of export earnings for us but a question of security for all of Europe," Zelenskiy said.

"Let me remind you that linking our country to the common EU energy system took place already after the war began. Ukraine is doing things now that once seemed impossible."

Ukraine reached agreement in mid-March to join the European Network of Transmission System Operators (ENTSO-E) as an observer after its grid was linked to that of the EU.

The ENTSO-E said this week that preparations had been completed for the first exports from Ukraine, together with power from ex-Soviet Moldova, starting on 30th June - using an interconnection with Romania.

Electricity trading on other interconnections between Ukraine and Slovakia and Ukraine and Hungary - as well as between Moldova and Romania would soon follow, it said. The group said the total trade capacity would initially be set to 100 MW in the first phase.