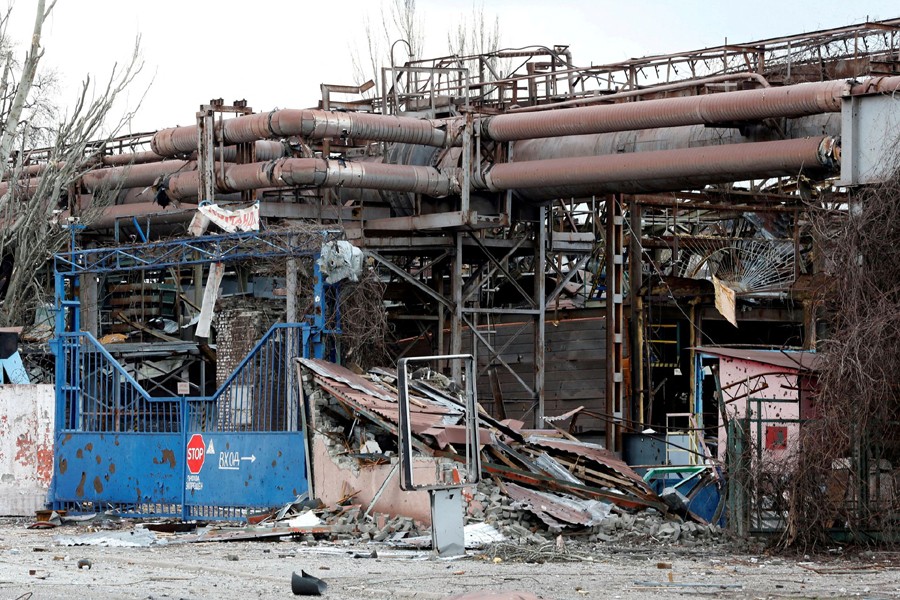 A view shows the gates of the Illich Steel and Iron Works damaged during Ukraine-Russia conflict in the southern port city of Mariupol, Ukraine on April 15, 2022 — Reuters/Files

Ukraine's richest man says he plans to sue Russia over what he said was $17 billon to $20 billion in losses caused by its bombardment of steel plants he owns in the devastated city of Mariupol.

The Azovstal steelworks suffered heavy damage from Russian bombing and shelling after the sprawling plant became the last bastion of defence in the southern port city. The Illich Steel and Iron Works, also owned by Akhmetov, was also badly damaged during Russian shelling of Mariupol, reports Reuters.

"We will definitely sue Russia and demand proper compensation for all losses and lost business," Rinat Akhmetov, who owns the biggest Ukrainian steelmaker Metinvest, told Ukrainian news portal mrpl.city in an interview.

Asked how much money Metinvest had lost because of the damage to Azovstal and Illich, he said: "The replacement cost... due to Russian aggression is from $17 to $20 billion. The final amount will be determined in a lawsuit against Russia."

Billionaire Akhmetov had already seen his business empire shattered before the war by eight years of fighting in Ukraine’s east after pro-Russian separatists took over swaths of territory there.

Since Russia's invasion on Feb. 24, Metinvest has announced it cannot deliver its supply contracts. While Akhmetov's financial and industrial SCM Group is servicing its debt obligations, his private power producer DTEK has restructured its debt portfolio, he said.