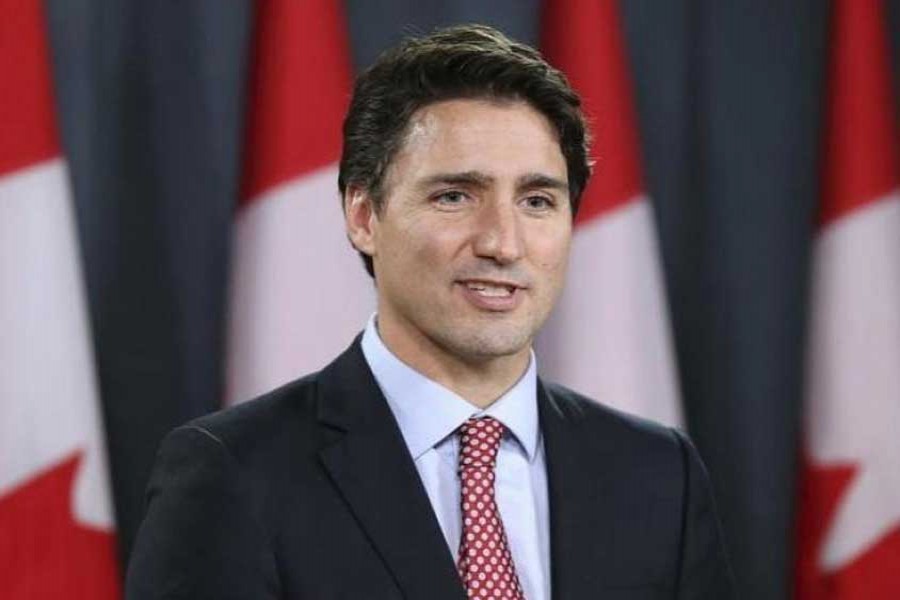 Canadian Prime Minister Justin Trudeau's reelection, albeit with a thinner margin, can be attributed to his government's improved economic performance leading to better jobs numbers. In his second term, the 47-year-old prime minister is likely to mend fences with China.

Since the Liberal majority government came to power in November 2015, Canadian economy has grown by nearly 10 percent from 2015 to 2019, 1.2 million new jobs were added, and small business tax rate came down from 11 per cent under the Conservatives to 9 per cent, which helped small businesses grow. Besides, Canada is the only G7 country signing free trade agreements with all other G7 member states. Thus, Canada's economy has been progressing at a faster pace than other G7 countries except the US.

Despite winning a second term, Trudeau's Liberal Party has to work as a minority government, leaving it reliant on support from small parties to promote his agenda as it failed to win 170 seats in the 338-seat House of Commons.

Since the Liberal Party failed to form a majority government this time, it would be hard for Trudeau to lead a minority government to have his say and get bills passed in the House of Commons without compromise or taking along smaller coalition partners such as the New Democratic Party and the Green Party.

In terms of Canada-China relations, before the federal election, Lynette Ong, an associate professor at the University of Toronto's Department of Political Science and Asian institute, was quoted by CNBC as saying, "Whoever is elected will have to take a tougher stance."

I partly agree with this viewpoint. During the election, Trudeau once spoke of how Canada can repair ties with China, at an event in Mississauga, Ontario in September, and continued to take a low key approach - following the rule of law at home to handle the Huawei CFO Meng Wanzhou's case while avoiding any tit for tat with Beijing.

In contrast, Andrew Scheer, as the leader of the Conservatives, promised to have Canada withdraw from the Asian Infrastructure Investment Bank, and claimed that the money saved by doing so would help him balance the budget and finance other things at home. Additionally, Scheer said that he would go with the US to ban the Chinese tech giant Huawei's products from participating in Canada's 5G infrastructure if the Conservatives won.

Yet, to the Liberal, though comparatively more friendly to China, the 3Ms (Meng Wanzhou, Michael Kovrig and Michael Spavor) are still a thorn in the relationship between China and Canada.

In his second term, Trudeau has to face pressure from the US, China and opposition parties as well as domestic public opinions. As a scholar of Canada-China relations, I assume Trudeau has at least four reasons to start mending fences.

First, to resolve the 3Ms issue, Canada and China need talks and compromises. As far as I know, both sides intend to talk.

Second, Trudeau has promised that his reelected administration will continue to bolster small businesses, enterprises from which he received a beautiful number of votes in the latest election. China is a huge potential market for Canadian businesses. To reconstruct the "Team Canada" in the "golden decade (1993-2003)" of former prime minister Jean Chretien will help Trudeau improve the economy and boost employment.

Third, as Canada is a middle power, Trudeau prefers "Third Option" to trade with non-Western countries like those in Latin America and Asia-Pacific to balance trade sources. Even during the Cold War, Canada once traded with Cuba and China during the 1960s. In China's case, the collective memory of both Chinese and Canadians is very positive, which lays a great foundation for the two countries' relationship, which has at times been rocky.

Last but not the least, some liberal scholars at Canada's universities or think tanks advise Trudeau to fix China-Canada relations as soon as possible. In addition to plenty of economic opportunities in China, they believe a prosperous China would be a good help for the world order and global governance.

China and Canada should join hands in dealing with climate change, biodiversity loss and ocean pollution, as well as in promoting universal health coverage and gender equality.

However, the pace of improvement in the bilateral relations depends on the attitudes of both sides. At the head of a minority government, Trudeau needs to compromise. Therefore, it remains to be seen whether the Beijing-Ottawa relations will be improved or not.

In terms of ties with Canada's southern neighbor, if US President Donald Trump is reelected, Trudeau will maintain a relatively independent stance, striving for making gains in relations with the US. However, when it comes to using Huawei's 5G technologies, Ottawa may dither because of opposition from Washington as well as the opposition parties at home.