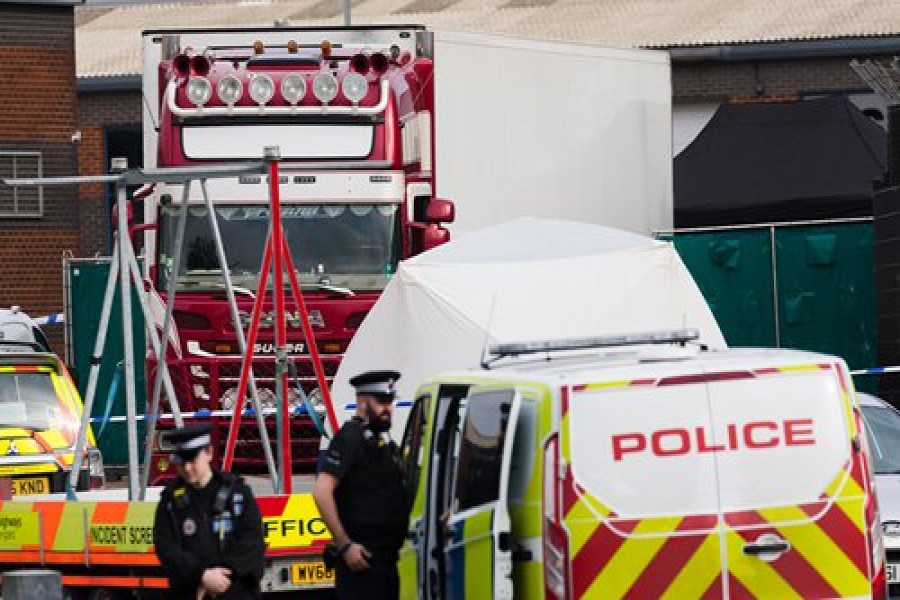 British police warned on Friday that press and social media speculation about the identities of the 39 people found dead in a lorry in Essex may hinder the investigation.

"This is a fast-moving investigation involving significant police resources dedicated to finding out the truth about what happened to the 39 people found dead in the lorry on Wednesday," said a statement by Deputy Chief Constable Pippa Mills of the Essex police on Friday evening.

"We owe it to those who have died to get this investigation right and speculation is not helpful. It may in fact hinder our investigation and its progress," Mills said.

"The force will not be commenting on any speculation about the nationalities of those who have tragically lost their lives. I strongly urge journalists and people on social media not to speculate about the identities of those involved or the circumstances surrounding this investigation," she said.

According to Mills, the police gave an initial steer on Thursday on nationality, "however this is now a developing picture."

"I will not be drawn on any further detail until formal identification processes approved by Her Majesty's coroner have taken place," she said.

According to the police, a fourth person, a 48-year-old man from Northern Ireland, has been arrested at Stansted Airport earlier on Friday on suspicion of conspiracy to traffic people and of manslaughter.

It follows the arrests of a 38-year-old man and a 38-year-old woman from Warrington during warrants executed in Cheshire overnight.

Meanwhile, the 25-year-old lorry driver arrested on Wednesday on suspicion of murder remains in custody.

"We have begun the process of transporting the victims from the Port of Tilbury to the mortuary at Broomfield Hospital. Formal identification processes will take place as well as the examinations to establish the causes of their deaths," said Mills.

"This process is likely to be a lengthy one, but it is crucial, and we're working with Her Majesty's coroner to ensure the dignity of the victims and the respect for their loved ones is at the forefront of our investigation," she said.

Thirty-nine bodies, 8 women and 31 men, were found on Wednesday in a refrigerated lorry container traveling to Britain from the Belgian port of Zeebrugge.

Queen agrees ‘transition’ to new role for Harry and Meghan