Ship to take metal from Mariupol to Russia 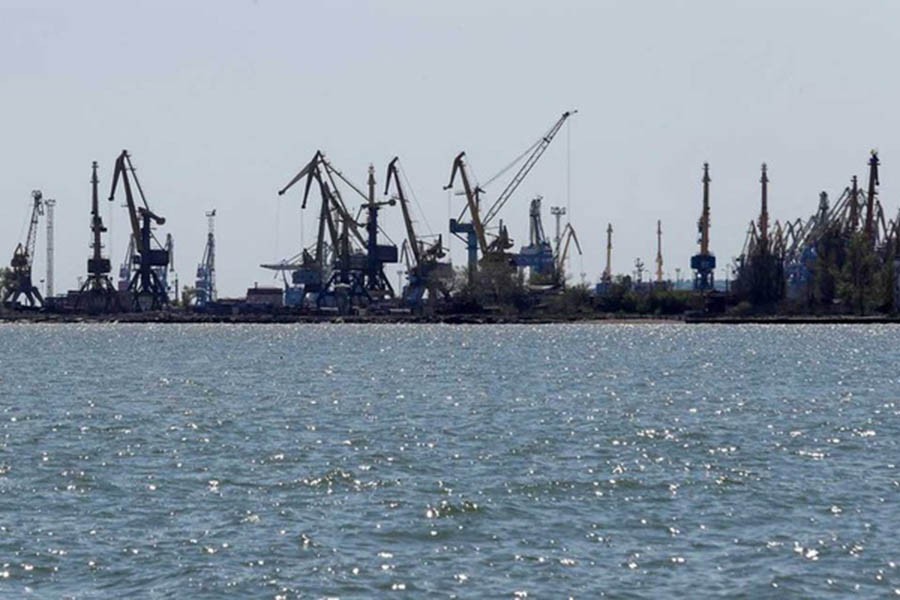 A view shows a port in the course of Ukraine-Russia conflict in the southern city of Mariupol, Ukraine Apr 29, 2022. REUTERS/Alexander Ermochenko/File

A ship has entered the Ukrainian port of Mariupol for the first time since Russia completed its capture of the city to load metal and ship it east to Russia, TASS news agency reported on Saturday, in a move that Kyiv decried as looting.

A spokesperson for the port told TASS that the vessel would be loading 2,700 tonnes of metal before travelling 160 km (100 miles) east to the Russian city of Rostov-on-Don on Monday, reports Reuters.

The spokesperson did not say where the metal being shipped had been produced.

"Looting in the temporarily occupied territories of Ukraine continues," she wrote on the Telegram messaging app.

"Following the theft of Ukrainian grain, the occupiers resorted to exporting metal products from Mariupol."

Ukraine's largest steelmaker Metinvest on Friday said it was concerned that Russia may use several ships stranded in Mariupol to "steal and smuggle metallurgical products" belonging to the group. It accused Russia of piracy.

Asked on Saturday whether the metal due to be shipped out belonged to Metinvest, a company spokesman said: "We said yesterday that our metal is in the port of Mariupol, yes."

Russia seized full control of Mariupol last week when more than 2,400 Ukrainian fighters surrendered at the besieged Azovstal steelworks on the Azov Sea. It said on Thursday that the port had been demined and was open again to commercial vessels.

Moscow's capture of Mariupol helped it secure full control of the Sea of Azov coast and create a land bridge linking mainland Russia to Crimea, which it annexed from Ukraine in 2014.

Russia sent tens of thousands of troops into Ukraine on Feb 24 in what it called a special operation to demilitarise its southern neighbour and rid it of nationalists threatening Russian speakers there.

Kyiv and Western countries have dismissed Russia's claims a baseless pretext to invade.