Prince Harry, Meghan to step back as senior royals 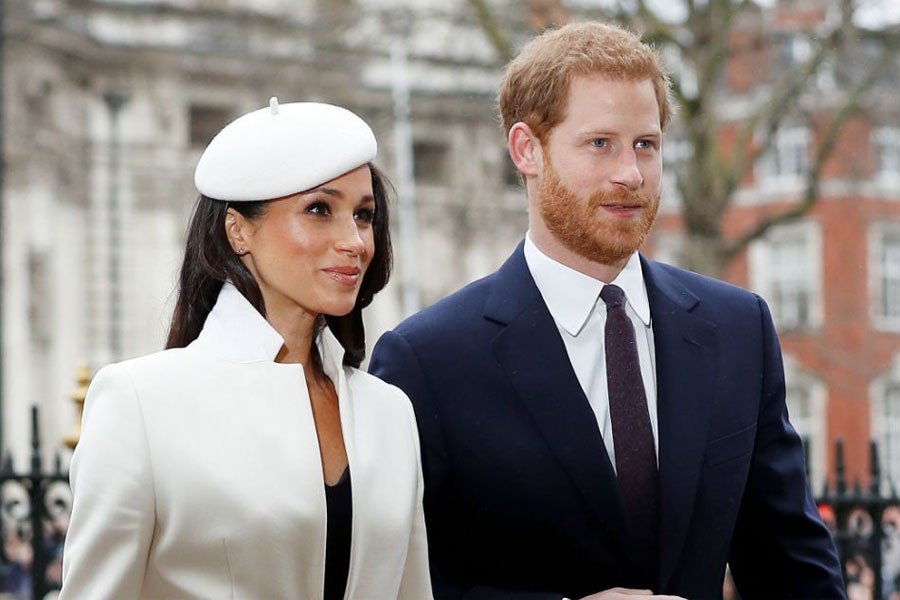 The Duke and Duchess of Sussex have announced they will step back as "senior" royals and work to become financially independent.

In a statement, Prince Harry and Meghan also said they plan to split their time between the UK and North America.

No other royal - including the Queen or Prince William - was consulted before the statement and Buckingham Palace is "disappointed", reports the BBC.

Senior royals are understood to be "hurt" by the announcement.

In their unexpected statement on Wednesday, also posted on their Instagram page, the couple said they made the decision "after many months of reflection and internal discussions".

"We intend to step back as 'senior' members of the Royal Family and work to become financially independent, while continuing to fully support Her Majesty The Queen."

They said they plan to balance their time between the UK and North America while "continuing to honour our duty to the Queen, the Commonwealth, and our patronages".

"This geographic balance will enable us to raise our son with an appreciation for the royal tradition into which he was born, while also providing our family with the space to focus on the next chapter, including the launch of our new charitable entity."

"I think it indicates a real strength of feeling in the palace tonight - maybe not so much about what has been done but about how it has been done - and the lack of consultation I think will sting.

"This is clearly a major rift between Harry and Meghan on one part, and the rest of the Royal Family on the other."

A Buckingham Palace spokeswoman said discussions with the duke and duchess on their decision to step back were "at an early stage", adding: "We understand their desire to take a different approach, but these are complicated issues that will take time to work through."

Over Christmas, the couple took a six-week break from royal duties to spend some time in Canada with their son, Archie, who was born in May.

After returning to the UK on Tuesday, Harry, 35, and Meghan, 38, visited Canada's High Commission in London to thank the country for hosting them and said the warmth and hospitality they received was "unbelievable".

During the visit, Meghan said it was an "incredible time" to enjoy the "beauty of Canada".

"To see Archie go 'ah' when you walk by, and just see how stunning it is - so it meant a lot to us."

Former actress Meghan lived and worked in Toronto during her time starring in the popular US drama Suits, and she has several Canadian friends.