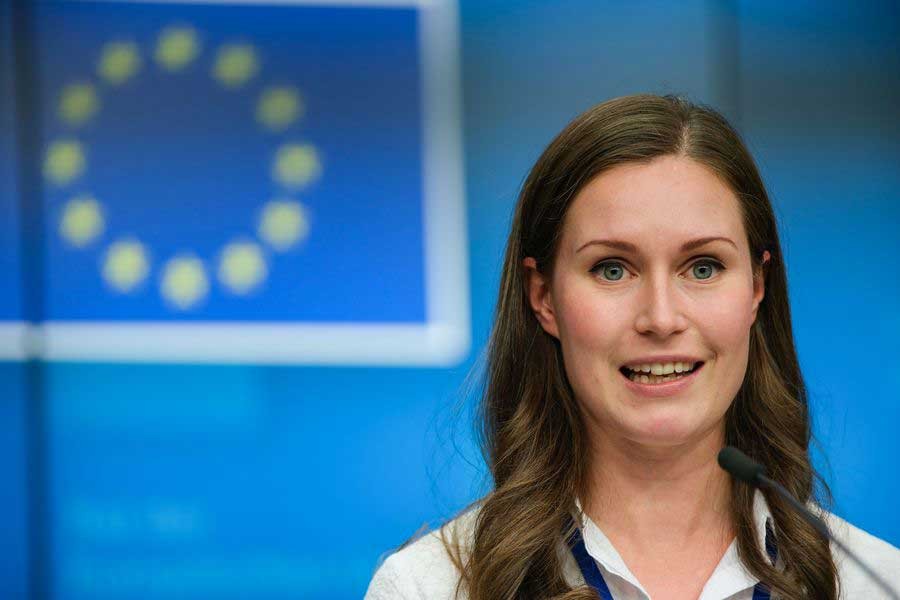 Following authorising decisions by the parties on Monday, parliament confirmed Marin, 34, as Prime Minister on Tuesday afternoon in a vote 99 for, 70 against. There were no abstentions of vote, but 30 MPs were absent.

Marin is considered the world's youngest incumbent prime minister. She is the third female PM and the youngest PM in Finnish history. The new coalition government headed by her consists of 12 women and seven male ministers.

Marin has been Finland's Minister of Transport and Communications since June of 2019. She became nationally known first in the municipal political scene in Tampere, the second largest town in Finland. She has a master's degree in Administrative Sciences in Tampere University.

Addressing the new and outgoing governments, Niinisto underlined the need to "find a common language". He noted that the political situation in Finland had become tense.

Talking to media, Marin underlined the aim of creating "a socially and economically sustainable Finland". She stressed the need for unity. Referring to the ongoing strike wave, she said the cabinet should bring stability to the society.

The new coalition government continues to consist of the Social Democratic Party, the centre Party, the Green Alliance, the Left Alliance and the Swedish People's Party. It is worth mentioning that the "female dominance" of the new cabinet has been highlighted in world media as the leading representatives of the coalition parties are all women.

The change in the government took place at a fast pace following the resignation by the previous Prime Minister Antti Rinne last week. He stepped down in the wake of losing the support of one of the five coalition parties, the centre.