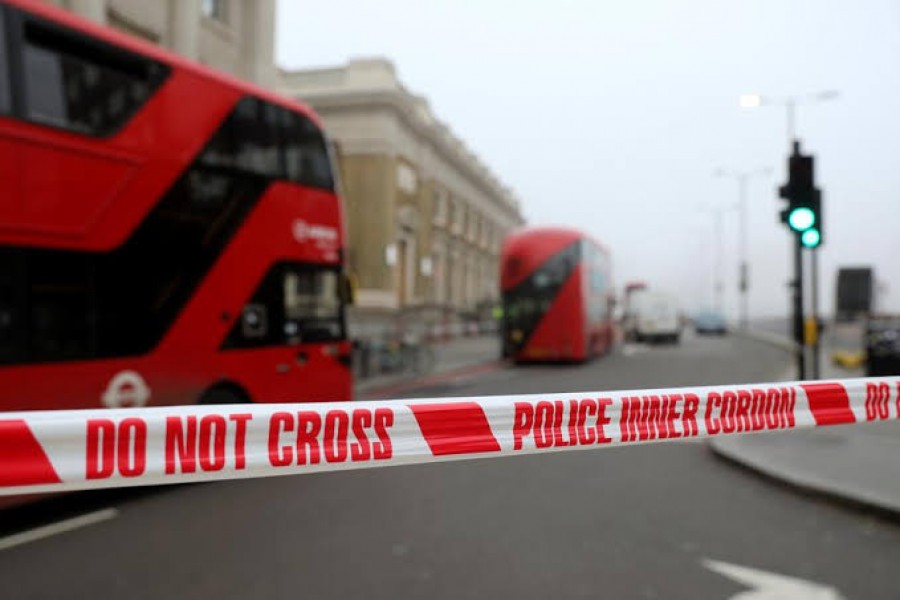 Police cordon is seen at the scene of a stabbing on London Bridge, in which two people were killed, in London, Britain, November 30, 2019. REUTERS/Simon Dawson

Islamic State said the London Bridge attack on Friday was carried out by one of its fighters, the group’s Amaq news agency reported on Saturday. The group did not provide any evidence.

It added that the attack was made in response to Islamic State calls to target countries that have been part of a coalition fighting the jihadist group, Reuters reported.

British police on Friday shot dead a man wearing a fake suicide vest who stabbed two people to death in London and wounded three more before being wrestled to the ground by bystanders, in what the authorities called a terrorist attack.