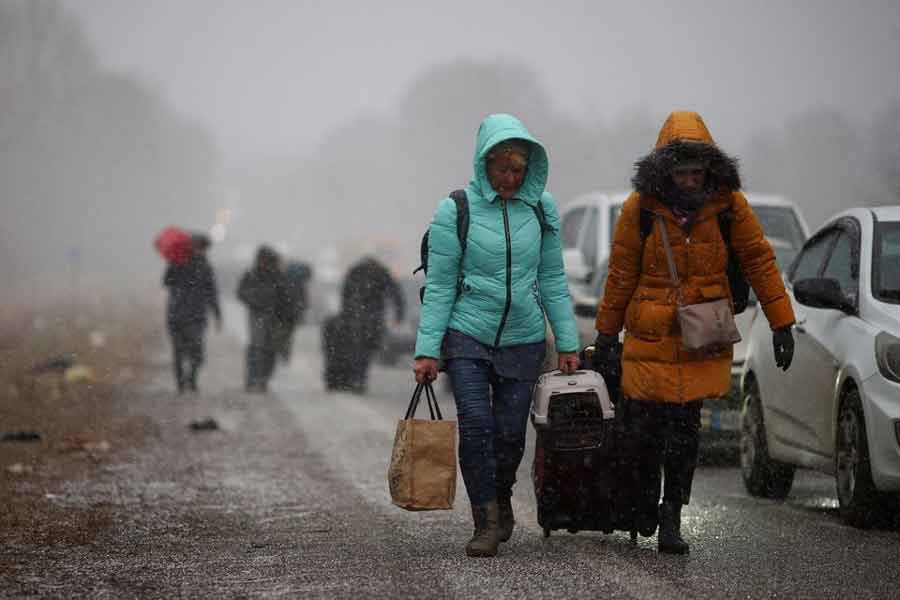 The European Union received 648,000 applications last year for international protection, a third more than in 2020, its asylum agency EUAA said on Tuesday, with Syrians and Afghans the main groups of applicants.

In addition, the bloc received about 3.4 million requests for temporary protection from those fleeing conflict in Ukraine. The EUAA said altogether about 6 million people ran from the Russian invasion for the EU, though many have since returned, reports Reuters.

Applications by Syrians and Afghans numbered 117,000 and 102,000 respectively, followed by nationals of Iraq, Pakistan, Turkey and Bangladesh, the agency said in a report. The main destinations were France, Germany, Italy and Spain.

Half of all applicants were aged between 18 and 34, while about 70 percent were male. Nearly three in ten applications came from minors and four percent of all requests were from unaccompanied minors.

The EU granted about 185,000 people asylum or subsidiary protection, with Eritreans securing the highest such rate, at 81 percent, and Georgians the lowest, at 3 percent. Nearly 770,000 decisions were still pending, the agency added.