British woman found guilty of lying about being gang raped 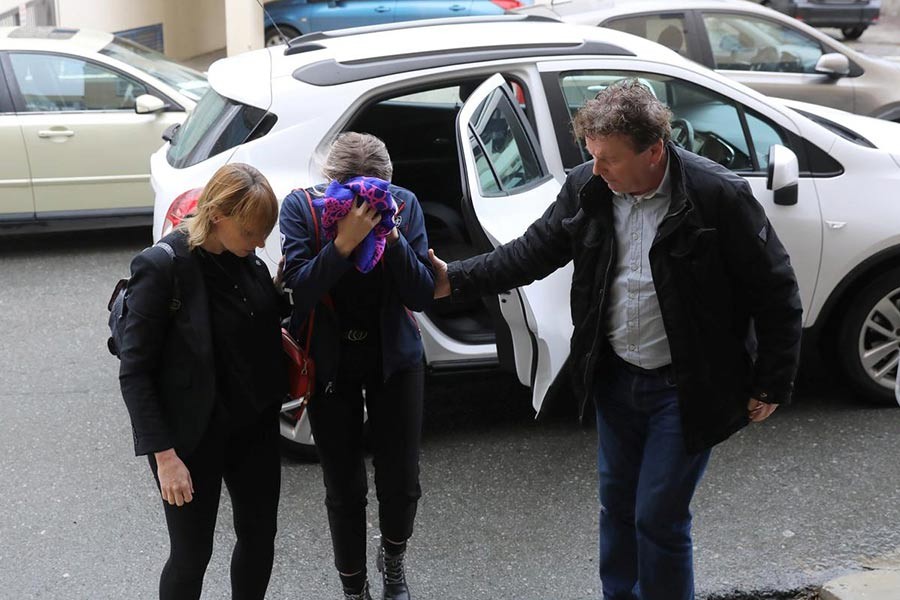 A British woman, accused of lying about being gang raped, covering her face as she arrives at the Famagusta courthouse in Paralimni, Cyprus on Monday. -Reuters Photo

A Cyprus court on Monday found a British woman guilty of lying about being gang raped by Israeli youths six months ago.

In a case closely followed by rights groups, a district court in the town of Paralimni ruled the woman, aged 19 at the time, had lied about being sexually abused by 12 Israeli teenagers. Sentencing was set for Jan. 7.

The woman was arrested after police said she withdrew an accusation that the Israeli teenagers raped her in a hotel room at the holiday resort of Ayia Napa in mid-July. She had faced charges of public mischief.

The woman has said she recanted her accusation under duress from police during persistent questioning without a lawyer present. Prosecutors and the court dismissed that claim.

“My conclusion is that the guilt of the accused has been proven beyond reasonable doubt,” the presiding judge said in his verdict, describing her claims as inconsistent and adding that she had attempted to mislead the court.

The Israelis, who denied any accusation of rape, were released 10 days after their arrest without charge and on the day the woman gave her retracting statement.

The individuals she had accused of assaulting her were not summoned to court because prosecutors considered it a case of public mischief and not rape.

In testimony in open court the defendant said she was in a hotel room with one of the Israeli youths with whom she had a relationship before others appeared and she was pinned down.

One defence witness, Marios Matsakis, a forensic pathologist who formerly worked for the state, said the woman’s injuries were consistent with rape. Prosecutors say she fabricated the allegation, angry at being filmed during sex.

The incident was reported as having occurred in the coastal resort of Ayia Napa, some 5 miles (8 km) from Paralimni and popular with young people.