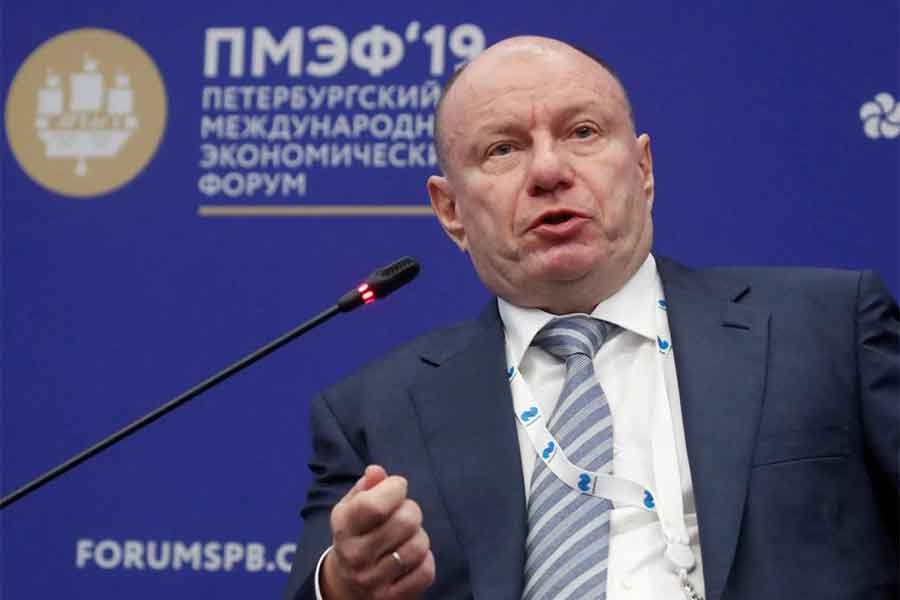 Britain on Wednesday announced sanctions on oligarch Vladimir Potanin, described by London as Russia's second-richest man and who has been buying assets from firms exiting Russia over the invasion of Ukraine.

Potanin, known as Russia's "Nickel King", was included in the latest wave of sanctions listings by Britain which included business figures, financial firms and other entities, reports Reuters.

Britain, along with Western allies, has been imposing sanctions against Russian elites, banks and strategic industries since Russia invaded Ukraine in February. Russia says it is conducting a "special military operation" in Ukraine.

"Today's sanctions show that nothing and no one is off the table, including Putin's inner circle," a British government spokesperson said.

Potanin is one of Russia's richest people, although his net worth depends largely on the value of his 36% stake in Nornickel, the world's largest producer of palladium and refined nickel.

Since the invasion, Potanin has snapped up Rosbank from Societe Generale when the French lender exited the Russian market, before adding a 35 per cent stake in TCS Group. The deals were done via his Interros holding company.

"Potanin continues to amass wealth as he supports Putin’s regime, acquiring Rosbank, and shares in Tinkoff Bank in the period since Russia’s invasion of Ukraine," the government press notice accompanying the announcement said.

The British sanctions list said Potanin had been included because he was "obtaining a benefit from or supporting the government of Russia by owning or controlling Rosbank. Rosbank is carrying on business in the Russian financial services sector, which is a sector of strategic significance to the Government of Russia".