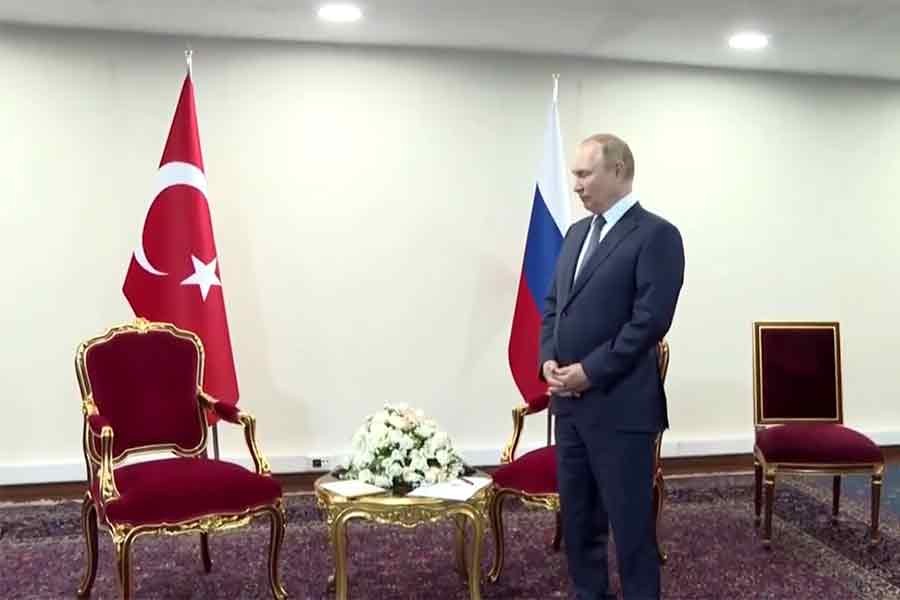 Russian President Vladimir Putin was left waiting and fidgeting for 50 seconds by Turkish counterpart Recep Tayyip Erdogan ahead of talks in Tehran on Tuesday, prompting Turkish media to draw parallels with Putin making him and other leaders stand by in the past.

The meeting in Iran was Putin's first with a NATO alliance leader since Russia invaded Ukraine in late February.

A video released by the Turkish presidency showed Putin standing in front of his chair and the nations' two flags, his hands clasped, mouth twitching and his stance shifting before Erdogan appears. Putin then raises his hands to his sides, reports Reuters.

"Hello, how are you, good?" Erdogan said as they then smiled at each other and shook hands.

Media reports compared the incident with others of Putin letting world leaders cool their heels in the past, notably in Moscow in 2020 when Erdogan was left waiting for about two minutes by the Russian leader ahead of a meeting.

Turkey's T24 website asked in a headline: "Was it revenge?"