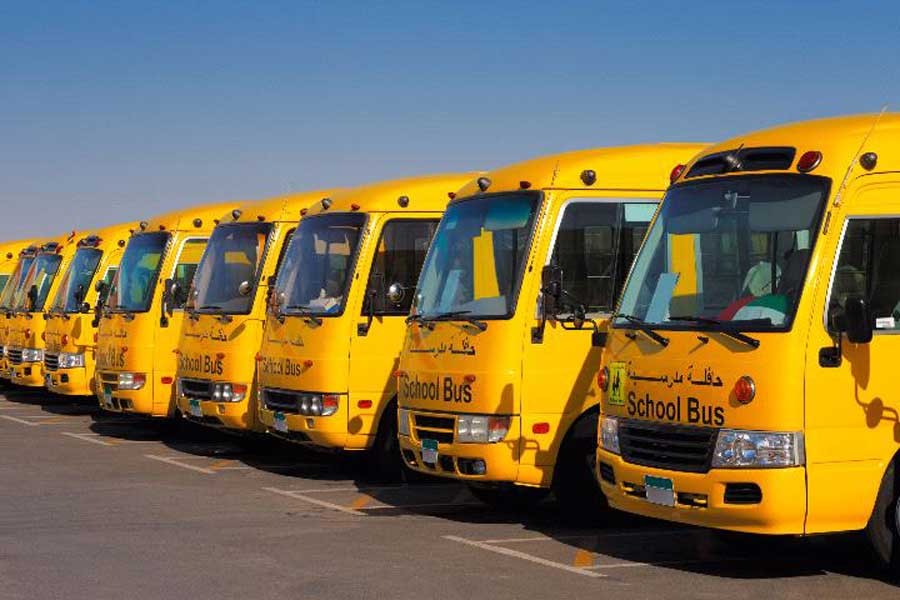 School bus trips account for 13 per cent of the total volume of trips during the morning rush hours in Dubai, said Mattar Al Tayer, Director-General and Chairman of the Board of Executive Directors of the Roads and Transport Authority (RTA).

Statistics showed that the number of students in public and private schools in Dubai in 2016 was about 295,000, according to Gulf News.

The school transport sector in Dubai faces multiple challenges including the geographical distribution of schools, where 62 per cent of schools are localised in Deira and 38 per cent in Bur Dubai, which results in high pressure on the roads network adjacent to schools, Al Tayer said.

Challenges also include the low percentage of school bus users as reflected in its 11 per cent share of total schools trips, compared to 32 per cent in the United States, he said.

"This means that 88 per cent of students in Dubai use private vehicles to travel to their schools, which would increase congestion and environmental pollution.

This is aggravated by the low occupancy rate of school buses amounting 53 per cent. The transit means use is still limited and stands at just one per cent of the total number of mass transit users,” elaborated Al Tayer.

He said that he RTA has upgraded the technical specifications of school buses and defined the responsibilities of operators, schools and parents in order to improve the safety and security.

The RTA also intends to conduct a comprehensive study on school transport sector to come up with solutions and guidelines related to the distribution of schools and their integration with the roads and transport network, besides surveying school areas and figuring out traffic solutions.