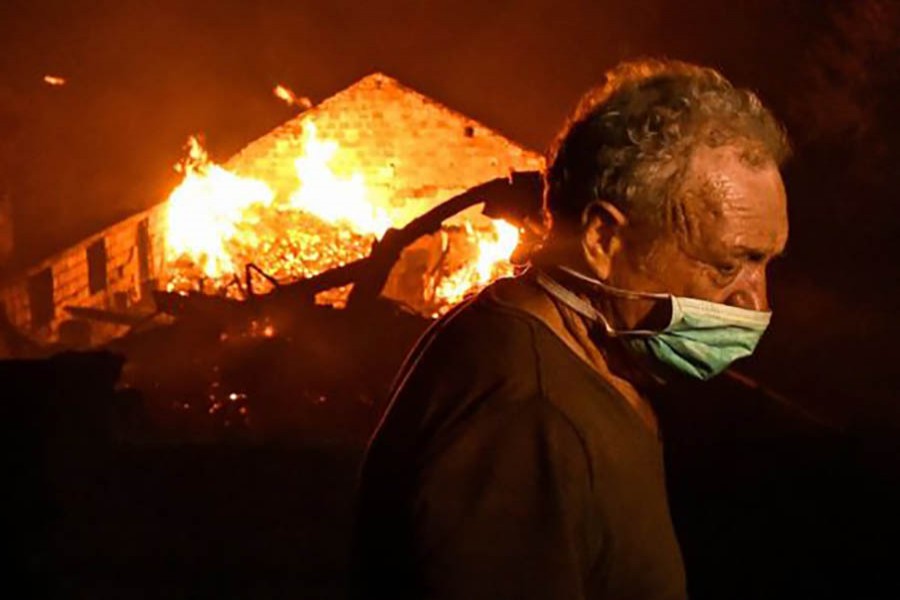 At least 27 people have died in a series of wildfires in Portugal, the country's civil protection service says.

A spokeswoman for the agency told reporters that firefighters were still tackling 145 separate fires.

"We can confirm the deaths of 27 people in the districts of Coimbra, Castelo Branco, Viseu and Guarda," AFP quoted Patricia Gaspar as saying.

More than 50 people have also been injured on the Portuguese side of the border.

Thousands of firefighters are battling the flames, which erupted across north-eastern Portugal and parts of Spain over the weekend after a hot dry summer.

Conditions were worsened by Hurricane Ophelia, which is approaching Europe's western coast, bringing strong winds to fan and spread the flames.

Galician leader Alberto Nunez Feijoo has claimed the fires were deliberately set by arsonists, in what he called "terrorist acts".

Interior Minister Juan Ignacio Zoido said several people had already been identified in connection with the fires, and appealed for anyone with further information to share it with the national protection service.

Spain's Prime Minister Mariano Rajoy said he was travelling to Galicia, and expressed solidarity with the victims.

The wildfires follow a massive forest blaze in Portugal in June which killed 64 people and injured more than 130.

Firefighters tackling that blaze also alleged it had been started by a "criminal hand".