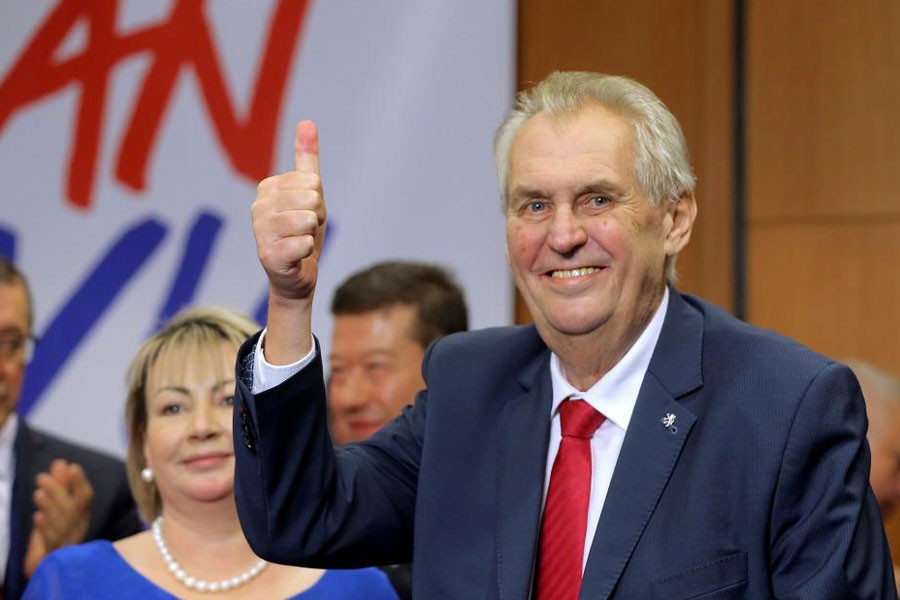 Zeman, who fiercely opposes immigration and objects to EU sanctions against Russia, took 52% of the vote to beat Drahos, a pro-EU academic with no prior political experience.

Voter turnout on Saturday was over 66%, reports BBC.

The role of the Czech president is influential; Zeman can name the prime minister and sign bills passed by parliament into law.

He has promised to give Prime Minister Andrej Babis, a billionaire businessman, a second chance to form a government after his minority cabinet lost a confidence vote in parliament last week.

Zeman's current presidency does not end until March, so he plans to reappoint Babis next month.

His position also allows him to appoint central bank board members and judges.

The presidential election has reflected divisions between low-income voters with lower education and those living in rural areas, who tend to vote for Zeman, and wealthier and well-educated residents of bigger cities, who are likely to prefer Drahos, correspondents say.

Drahos has never belonged to any political party but he said that he wanted to "end the climate of populism and fear in Czech society" that has marked Zeman's presidency.

In contrast to Zeman, the 68-year-old Drahos is a supporter of EU and Nato membership, however he opposes the EU's quota system for distributing migrants.