Cuba to respond to US expulsion of its UN diplomats, says FM 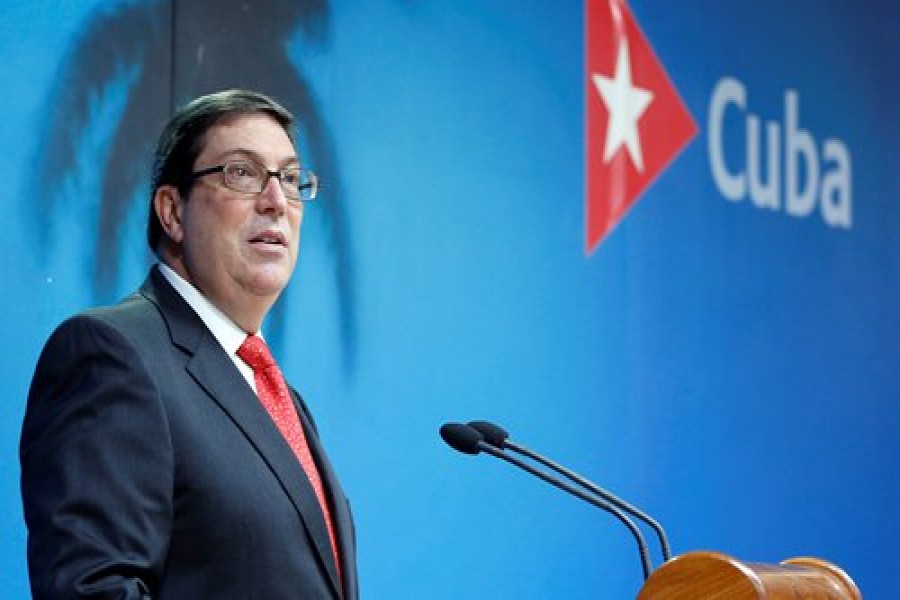 Cuban Foreign Minister Bruno Rodriguez announced on Friday that Havana would make an appropriate and timely response to recent US actions, including the expulsion of two Cuban diplomats to the United Nations.

At a press conference, Rodriguez condemned the expulsion and the US government's restrictions on the movements of the rest of the Cuban diplomatic staff to the UN.

"These are totally unjustified and illegitimate actions, slandering our diplomats and our country," Rodriguez said.

The foreign minister added that the measures announced on Thursday by the US State Department seek to "escalate bilateral tensions, close embassies, and break diplomatic relations."

"It is the work of an anti-Cuban and reactionary lobby that has taken over American policy against Cuba and Latin America," Rodriguez said.

Washington ordered on Thursday an immediate expulsion of two Cuban diplomats to the United Nations after accusing them of participating in operations of "influence" against the United States. The US government also restricted the movements of the rest of the Cuban Permanent Mission to the UN.

These measures were implemented a few days before the start of the high-level meeting of the UN General Assembly where Cuba will present its annual report on the US economic blockade, which has recently caused increasing tensions between the two countries.