CPC, Chinese govt to pursue friendly ties with all nations 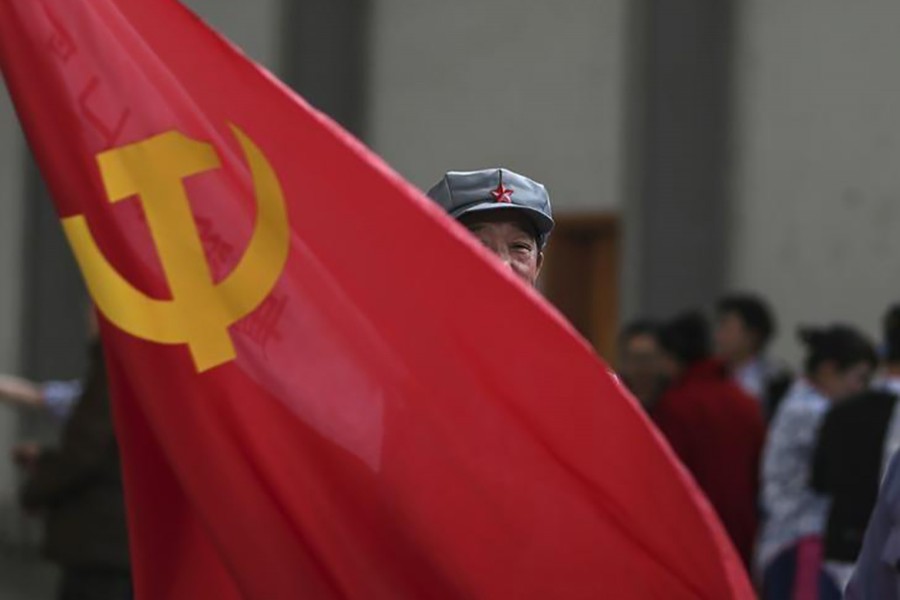 A participant waves a Chinese Communist Party flag as he waits backstage before his performance at a line dancing competition in Kunming, Yunnan province on January 31, 2015 — Reuters/Files

China has never provoked any conflict or interfered in internal issues of any country, rather it wants to build a relationship with other nations in such a manner so that it creates a win-win situation for all, Counsellor of International Department Central Committee Communist Party of China Jiang Jianhua said.

He was giving brief introductions about the roles of the CPC in pursuing the socio-economic development of China over the last 70 years before a good number of foreign media representatives, participating in the Asian Media Workshop 2019 at the committee's office here.

Keeping the aims of inclusive and shared benefits in view, China has floated the Belt and Road Initiative (BRI) for enhancing connectivity and facilitating further progress and mutual benefits of the nations across the world.

"The BRI is not for the benefit of China, rather it will also help other countries around the world to grow further through enhancing people to people connectivity and mutual understanding," said Mr Jianhua.

He criticised the roles of some Western media outlets, adding that China's progress and positive initiatives are not reflected in their reports.

About China's sustained socio-economic progress, he said the last 40 years of reforms pursued by the Communist Party of China (CPC) along with its target-oriented development policies helped China make such progress.

Around 170 million of people of China have already come from the poverty line following the policy reforms and rate of life expectancy of Chinese people has increased significantly over the decades.

Despite making a significant progress and a sharp rise in the country's per capita income, China is still a developing country, Mr Jianhua mentioned.

"...we are still working hard to achieve our goals and prosperity through improving the livelihoods of our people," he said.

When asked, the senior CPC international committee leader said elimination of poverty and reducing the existing gap of livelihood standard between the urban and rural areas still remain major areas of tasks for the CPC as well the Chinese government.

One of the top agendas of the CPC is to give a further boost to China's development process through ensuring improved livelihoods of all its people, he said.

The CPC as well as its government has put forward necessary policies and a set of action plans to attain its desired goals.

Mentioning the China's BRI, he said the media can focus on the initiatives in constructive and positive manner so that nations in Asia and across the globe benefit from it.