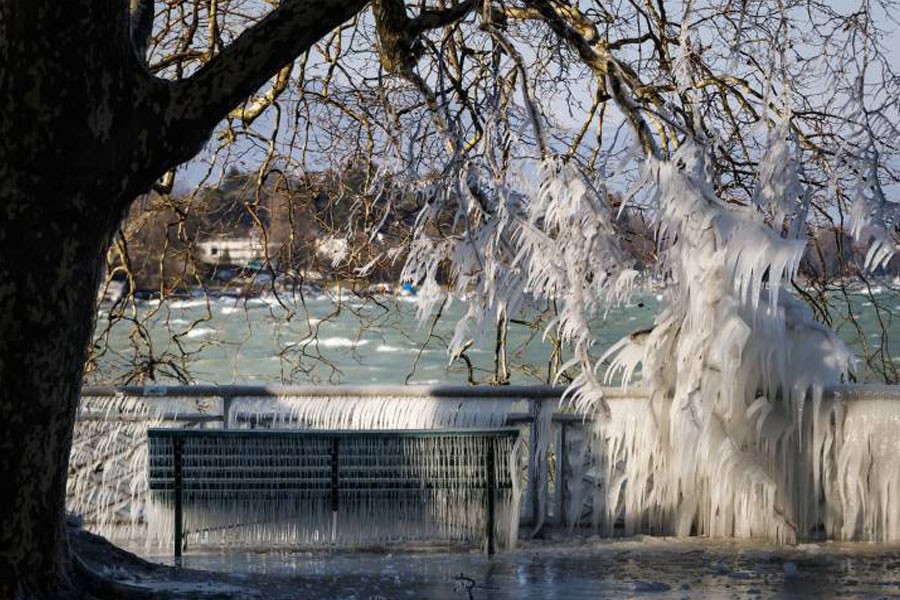 An ice-covered bench on the frozen shore of Lake Geneva during a windy winter day, in Geneva, Switzerland. (AP photo used for representation)

The mayor of the Belgian capital, Brussels has ordered the police to force homeless people into shelters as extremely low temperatures gripped the city.

The people sleeping in parts of the city could even be detained if they show unwillingness to leave the streets.

A BBC report says the city is going through a bitter cold spell like much of Europe and temperatures could fall to as low as -10C (14F) in the coming days.

Etterbeek Mayor Vincent De Wolf said people would be forced into shelters only ‘in cases of absolute necessity’.

“The homeless who would stay outside in these conditions may fall into hypothermia and even die of cold,” he said.

The aim of the order was “to protect homeless people who would put themselves in danger by refusing accommodation”, he added.

Each homeless person will be taken to a heated room and seen by a doctor, who will then advise on whether they can safely return to the streets.

The order will be in force from 20:00 to 07:00 until 8 March. If the cold weather persists, it could be extended for longer.

After announcing a similar decision, Brussels mayor Philippe Close said he had asked police to focus especially on children who could be sleeping rough.

Activists believe there are over 3,000 homeless people in the Brussels region, according to Reuters news agency.

The non-profit group l'Ilot, which provides shelters and other support for the homeless, said it supported the new policy.

“Let's hope this help is maintained all year long,” it tweeted.