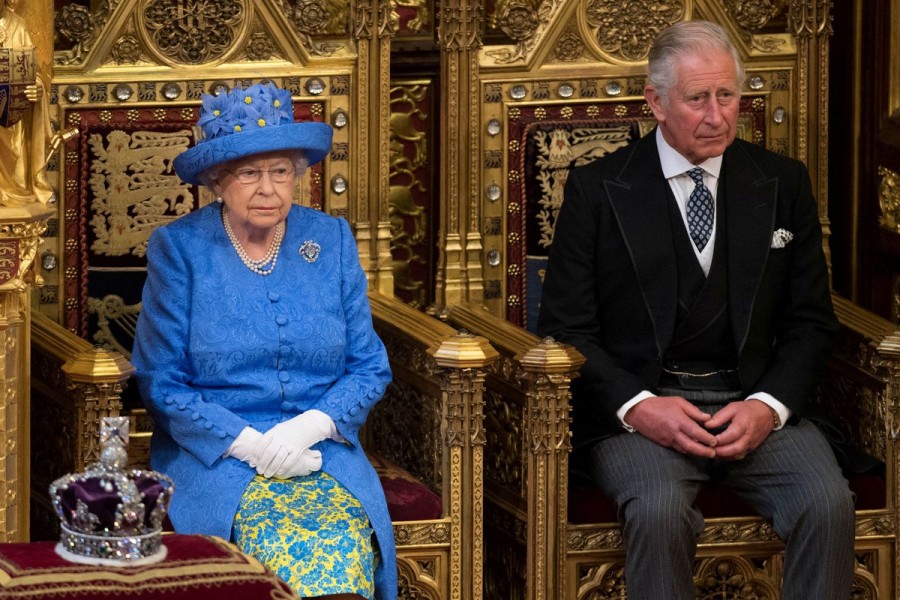 The accession of King Charles to the British throne has stirred renewed calls from politicians and activists for former colonies in the Caribbean to remove the monarch as their head of state and for Britain to pay slavery reparations.

Charles succeeds his mother, Queen Elizabeth, who ruled for 70 years and died on Thursday afternoon.

The prime minister of Jamaica said his country would mourn Elizabeth, and his counterpart in Antigua and Barbuda ordered flags to half-staff until the day of her burial.

But in some quarters there are doubts about the role a distant monarch should play in the 21st century. Earlier this year, some Commonwealth leaders expressed unease at a summit in Kigali, Rwanda, about the passage of leadership of the 54-nation club from Elizabeth to Charles.

And an eight-day tour in March by now heir-to-the-throne Prince William and his wife, Kate, to Belize, Jamaica and the Bahamas was marked by calls for reparation payments and an apology for slavery.

"As the role of the monarchy changes, we expect this can be an opportunity to advance discussions of reparations for our region," Niambi Hall-Campbell, a 44-year-old academic who chairs the Bahamas National Reparations Committee, said Thursday.

Hall-Campbell sent condolences to the Queen's family and noted Charles' acknowledgment of the "appalling atrocity of slavery" at a ceremony last year marking the end of British rule as Barbados became a republic.

She said she hopes Charles would lead in a way reflecting the "justice required of the times. And that justice is reparatory justice."

More than 10 million Africans were shackled into the Atlantic slave trade by European nations between the 15th and 19th centuries. Those who survived the brutal voyage were forced to labour on plantations in the Caribbean and the Americas.

Jamaican reparations advocate Rosalea Hamilton said Charles' comments at the Kigali conference about his personal sorrow over slavery offered "some degree of hope that he will learn from the history, understand the painful impact that many nations have endured 'til today" and address the need for reparations.

The new king did not mention reparations in the Kigali speech.

The Advocates Network, which Hamilton coordinates, published an open letter calling for "apologies and reparations" during William and Kate's visit.

The Queen's grandchildren have the chance to lead the reparations conversation, Hamilton added.

"Whoever will take over the position should be asked to allow the royal family to pay African people reparations," said David Denny, general secretary of the Caribbean Movement for Peace and Integration, from Barbados.

"We should all work towards removing the royal family as head of state of our nations," he said.

Jamaica has signaled it may soon follow Barbados in ditching royal rule. Both remain members of the Commonwealth.

An August survey showed 56 per cent of Jamaicans favour removing the British monarch as the head of state.

Mikael Phillips, an opposition member of Jamaica's parliament, in 2020 filed a motion backing the removal.

"I am hoping as the prime minister had said in one of his expressions, that he would move faster when there is a new monarch in place," Phillips said on Thursday.

Allen Chastanet, a former St. Lucia prime minister and now leader of the opposition, told Reuters he backed what he said was a "general" movement toward republicanism in his country.

"I certainly at this point would support becoming a republic," he said.