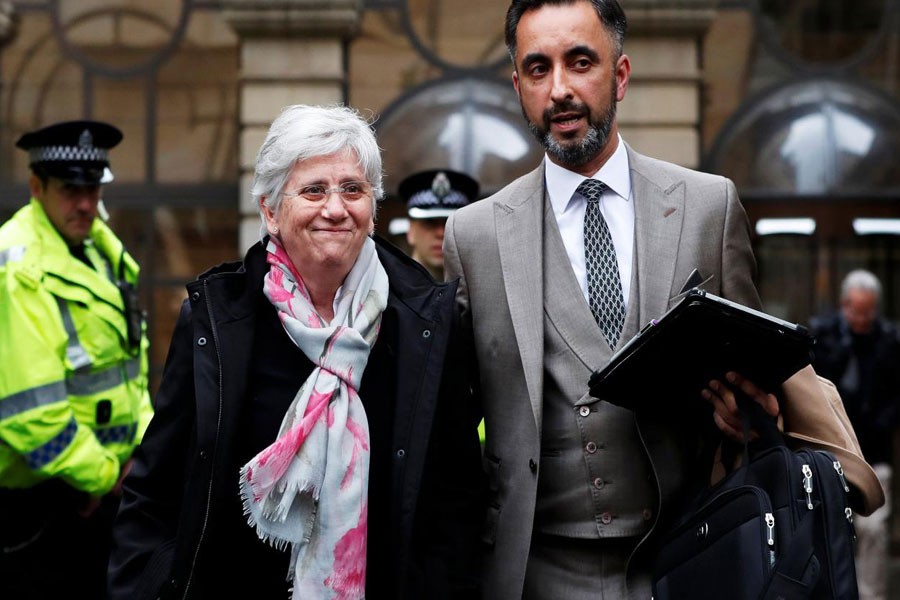 Former Catalan education minister Clara Ponsati was greeted by about 100 flag-waving supporters when she arrived in a Scottish court on Thursday to fight extradition to Spain where she is wanted for her role in a banned Catalan independence vote.

Ponsati, a former Catalan education minister who is currently a professor at Scotland’s University of St Andrews, is one of the Catalan leaders being sought by the Spanish courts for rebellion for organising an independence referendum in October last year deemed illegal under Spanish law.

Also among them is the former head of the regional government, Carles Puigdemont, who Spain is seeking to extradite from Germany where he was arrested last month, reports Reuters.

“We intend to robustly defend Clara Ponsati against the extradition lodged by the Spanish authorities,” her lawyer told reporters as they arrived for her hearing at Edinburgh Sheriff Court.

“The European Arrest Warrant was never set up as a tool of political repression,” he said as a group of supporters outside the court chanted “Clara” and “Free Catalonia” and waved Scottish and Catalan flags.

The court, which released her on bail last month pending the hearing, will decide on whether to hold a full hearing or whether the warrant should be dismissed or upheld.

The movement seeking the region’s secession from Spain reached a flashpoint with the independence vote which led to Madrid subsequently imposing direct rule.

Ponsati’s lawyers argue that extradition would be unjust, oppressive and incompatible with her human rights. She faces a total of up to around 30 years in prison if found guilty in Spain.

Ponsati’s case has attracted huge attention and sympathy in Scotland, where nationalists who support an independent Scotland run the devolved government, with almost 235,000 pounds ($332,000) raised on a crowd-funding website to pay for her legal defence.

Scotland held a referendum on independence from the United Kingdom in 2014, with Scots rejecting secession by 55 to 45 percent.