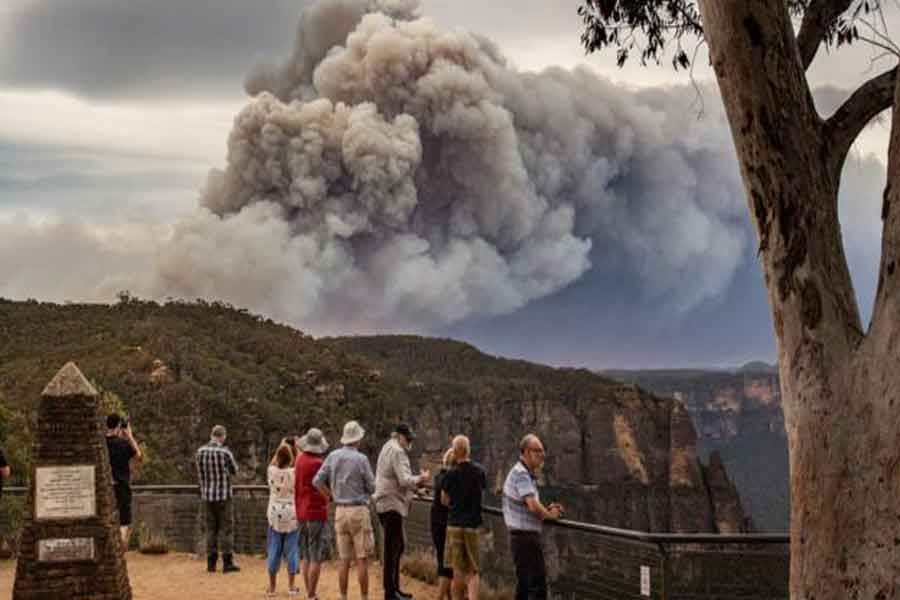 Authorities in Australia have issued fresh warnings about a “mega blaze” after it spread beyond containment lines and razed 20 houses near Sydney. The fire, burning over about 400,000 hectares, has moved further into the Blue Mountains - a popular tourist area which lies west of the city, reports BBC.

It is a blow to crews who are already battling over 100 fires and bracing for extreme temperatures this week. The heatwave could bring the nation’s hottest day on record, forecasters say.

Temperatures could exceed the 50.7C (123.26F) record set in Oodnadatta, South Australia, in 1960, according to the Bureau of Meteorology. Since September, six people have died in a bushfire crisis that has engulfed the eastern states of New South Wales (NSW) and Queensland.

The blazes have destroyed more than 700 homes and blanketed towns and cities in smoke. The bushfires and extreme weather has Australia’s landscape, sparking public debate about the need for stronger climate action.

Last week, parts of Sydney suffered air quality 22 times worse than the clean air standard. Australia’s largest city has about five million residents. The smoke prompted an increase in hospital admissions and calls for a public health emergency to be declared.