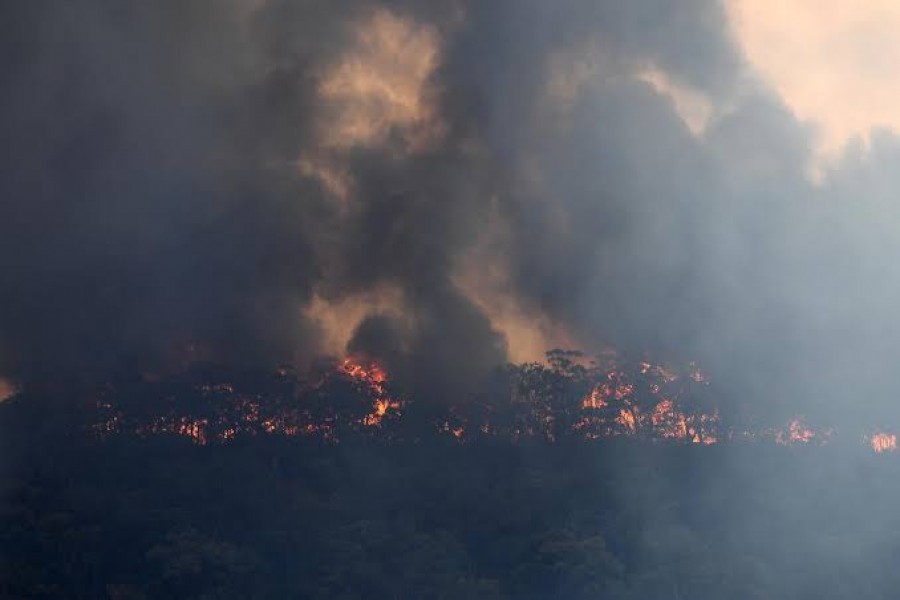 Rising temperatures, lightning strikes and gusty winds further raised fire danger on both coasts of Australia on Sunday as the country already battles more than 120 bushfires and firefighters work day and night trying to contain them.

Western Australia declared catastrophic fire ratings for four of the state regions as temperatures were set to rise well above 40 degrees Celsius (104°F) on Sunday.

Although the regions are thinly populated, the highest warning means that any fires that start are likely to be so devastating that even the most prepared properties may not survive it.

Australia’s bushfires are a common and deadly threat but the early outbreak this year in the southern spring has already claimed several lives and destroyed hundreds of homes, according to a Reuters report.

Queensland authorities issued emergency warnings for part of the state, where nearly 70 fires were burning early on Sunday.

In New South Wales, where 303 homes have been lost in the past week and which saw its first-ever catastrophic fire rating issued for Sydney on Tuesday, there were 56 fires burning across the state with nearly half yet to be contained, NSW Rural Fire Services said.

“This important work will continue as conditions allow throughout the day.”

Back burns are fires deliberately lit to clear dry undergrowth to protect properties and keep the fire from spreading.

Conditions are expected to further worsen for most of Australia’s east coast as of Tuesday as temperatures are set to rise amid continued dry conditions.