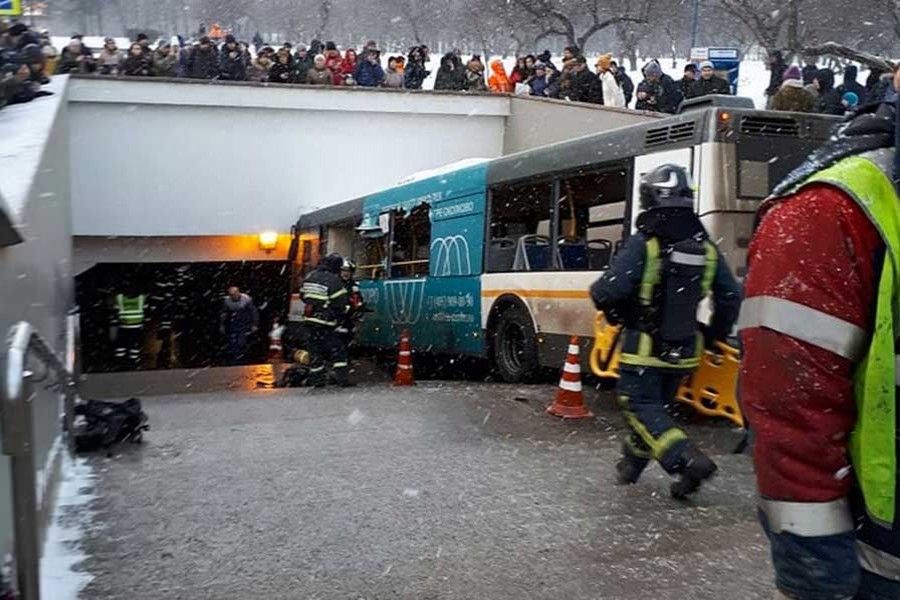 A bus swerved off course and drove into a busy pedestrian underpass in Moscow on Monday, killing at least five people, Russian news agencies reported.

Reuters says video from the scene posted on social media showed a bus veering off the road and plunging down the steps of a pedestrian underpass, crushing several people beneath its wheels.

The driver of the bus had been detained by police, agencies said, after he lost control of the vehicle.

The incident occurred on one of the Russian capital’s busiest roads near the Slavyansky Boulevard metro station.

Monday was an ordinary working day in Russia where Orthodox Christmas will be celebrated on January 7.

An unnamed emergency services source told the TASS news agency that the number of fatalities as five people. There were also unconfirmed reports that some 15 people had been injured.

The Interfax news agency said investigators were looking into whether the incident had occurred as a result of a technical fault with the bus.