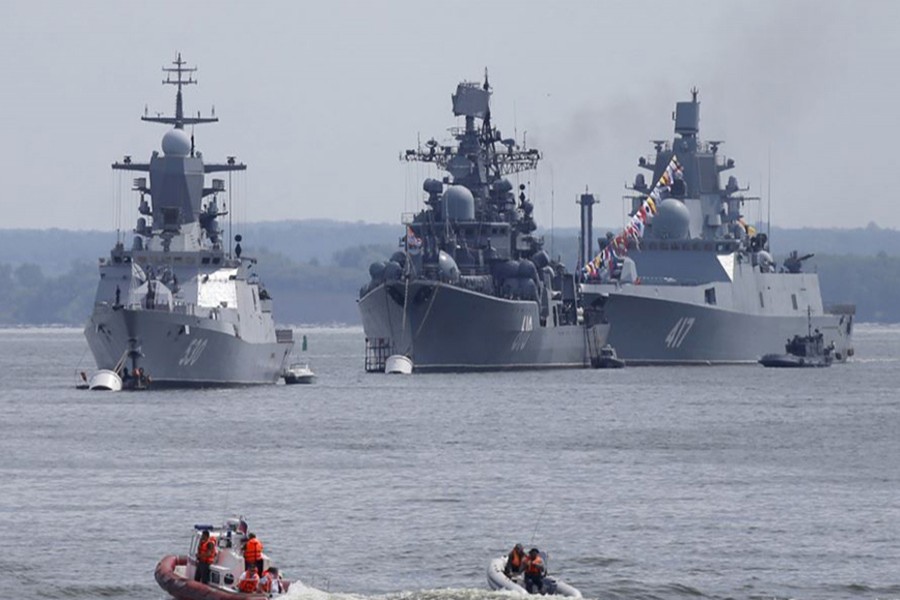 Russian war ships are seen anchored in a bay of the Russian fleet base in Baltiysk in Russia's Kaliningrad region between Poland and the Baltic states, July 19, 2015. - Reuters file photo

A British ship escorted a Russian vessel as it passed near UK territorial waters over Christmas, Britain’s defence ministry said on Tuesday, adding that Russian naval activity near Britain had increased in the holiday period.

The frigate HMS St Albans departed on Dec. 23 to track the new Russian warship Admiral Gorshkov as it moved through the North Sea. The Royal Navy vessel monitored the Russian ship over Christmas and will return to dock in Portsmouth later on Tuesday, reports Reuters.

UK defence minister Gavin Williamson said in a statement after the incident that he would “not hesitate in defending our waters or tolerate any form of aggression”.

Relations between Britain and Russia are strained, and UK foreign minister Boris Johnson said there was “abundant evidence” of Moscow meddling in foreign elections during a trip to Russia last week. His counterpart Sergei Lavrov said there was no proof for Johnson’s claim.

While Johnson said he wants to normalise relations with Russia, Moscow blames London for the poor state of relations between the countries.

Britain’s defence ministry said another ship, HMS Tyne, was called to escort a Russian intelligence-gathering ship through the North Sea and the English Channel on Christmas Eve. A helicopter was subsequently dispatched to monitor two other Russian vessels.