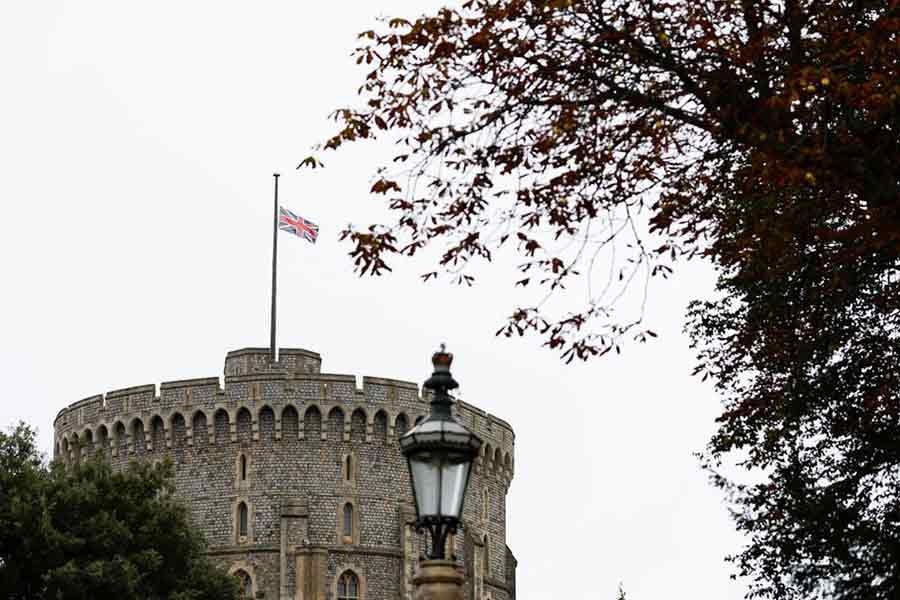 Britain's royal family will observe a period of mourning that ends on the seventh day after the funeral of Queen Elizabeth, with flags at royal residences to remain at half-mast.

"Following the death of Her Majesty The Queen, it is His Majesty The King's wish that a period of Royal Mourning be observed from now until seven days after The Queen's Funeral," a statement said.

A gun salute will be fired in London at 1 pm (1200 GMT) in Hyde Park, with one round fired for each year of the 96-year-old queen's life, Buckingham Palace said on Friday, reports Reuters.

The palace did not say when the funeral would be held, but it is likely to take place around 11 days after the queen's death on Thursday.