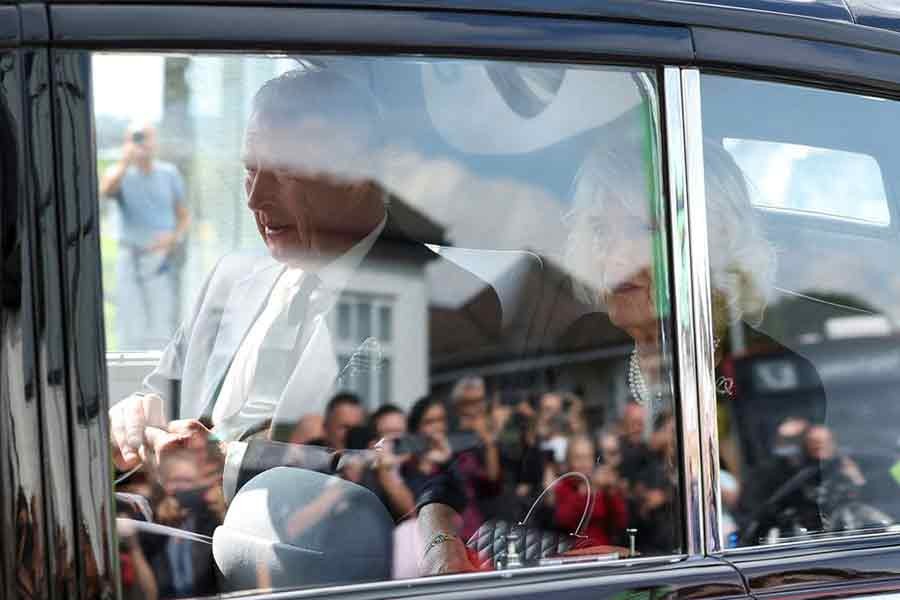 Britain's King Charles reached London on Friday, having flown back from Scotland to address the nation following the death of his mother Queen Elizabeth a day earlier.

Charles, wearing a dark suit and black tie, and his wife Camilla were met at the steps of the plane by an official royal car. The new king shook hands with members of the public outside the palace, stopping to get out of his car, reports Reuters.

Charles and his wife Camilla, Queen Consort, stepped out of the royal car to huge cheers from a crowd gathered outside the palace, television footage showed.

The king then proceeded to shake hands with dozens of well-wishers and look at floral tributes to his mother for at least ten minutes. Several members of the public sang "God save the King" and one said, "Love you Charles!"