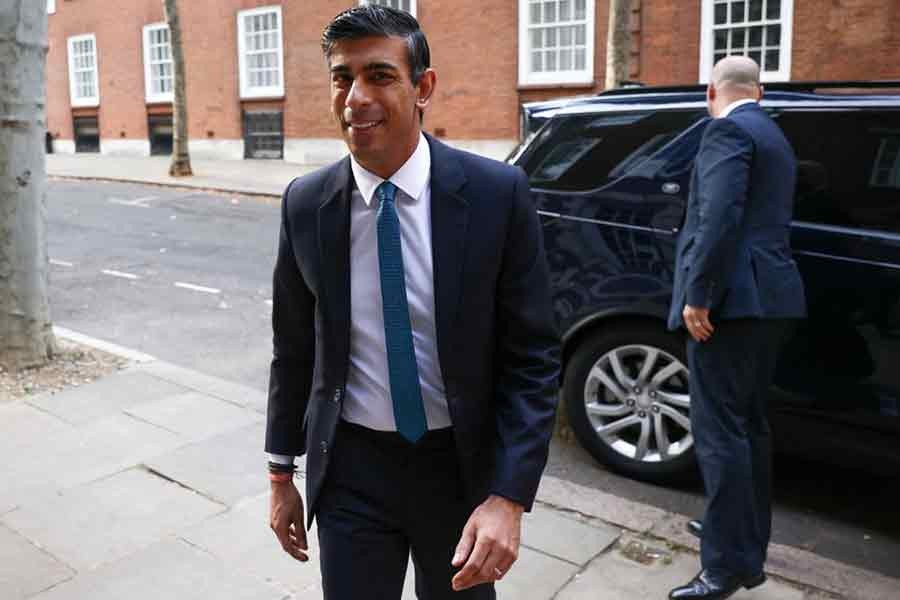 The final two in the race to replace British Prime Minister Boris Johnson will be selected on Wednesday, the penultimate chapter in a divisive battle that is too close to call between the three remaining candidates.

The former finance minister Rishi Sunak, Foreign Secretary Liz Truss and junior trade minister Penny Mordaunt remain in the contest with the field to be narrowed down to two at 4 pm (1500 GMT) following a vote by Conservative Party lawmakers, reports Reuters.

The last two candidates will then battle for the support of the roughly 200,000 party members with the winner, announced on Sept 5, automatically becoming prime minister because the Conservatives hold the largest number of seats in parliament.

Whoever triumphs will inherit some of the most difficult conditions in Britain in decades. Inflation is on course to hit 11 per cent annually, growth is stalling, industrial action is on the rise and the pound is near historic lows against the dollar.

Britain under Johnson, and aided by Truss, took a hard line against Brussels in its post-Brexit negotiations around Northern Ireland, drawing legal action from the European Union and threatening future trade ties.

Polls show both Truss or Mordaunt would beat Sunak in the party members' contest, even though he has led previous rounds of voting by members of parliament.

"This has been one of the most unpredictable contests to be the next Conservative leader in recent history," said Chris Hopkins, the political research director at the polling company Savanta ComRes. "This has been very different to recent contests where you have had one clear favourite run away with it."

The vitriol between the candidates also poses the question of how well any new leader will be able to govern, with Johnson signalling he will not immediately resign, and still popular with many in the party and country.

Mordaunt tweeted early on Wednesday a newspaper column with the headline arguing that any Conservative lawmaker voting for Sunak or Truss would "murder the party you love". She later deleted it.

Johnson was forced to resign this month after he dramatically lost the support of his lawmakers following months of scandals, including breaches of COVID-19 pandemic lockdown rules.

The frontrunner among lawmakers to inherit the crown is Sunak, who helped steer the economy through the pandemic before his resignation helped trigger the downfall of Johnson.

Some party members, who adored Johnson, may not forgive him. He has also faced criticism on everything from his record in government to his wife's wealth.

Sunak secured 118 votes from Conservative lawmakers in voting on Tuesday, which reduced the field to three, while Mordaunt gained 92 and Truss 86.

The race has focused on pledges, or non-pledges, to cut taxes, at a time when many parts of the state are struggling to function, along with defence spending, energy policy, Brexit and social issues such as trans rights.

All three candidates served in Johnson's government, limiting their ability to launch a fresh start.

"The next prime minister won't immediately be able to shed those issues," pollster Hopkins said.