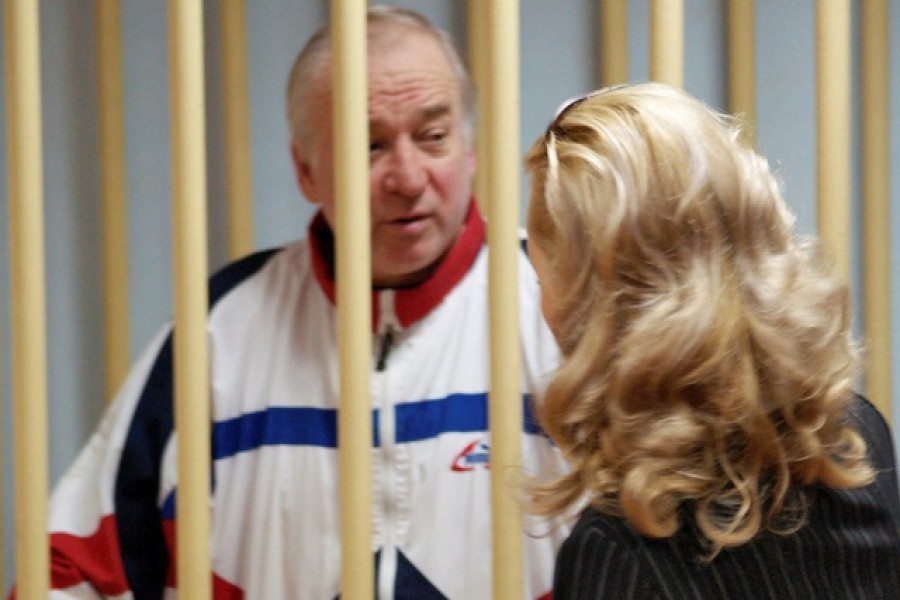 This August 2006 photo shows Sergei Skripal, a former colonel of Russia's GRU military intelligence service, inside the defendants' cage as he attends a hearing at the Moscow military district court, Russia Aug 9, 2006. - Reuters

Britain will expel 23 Russian diplomats in retaliation for the nerve agent attack on a former Russian double agent, Prime Minister Theresa May said on Wednesday.

"Under the Vienna Convention, the United Kingdom will now expel 23 Russian diplomats who have been identified as undeclared intelligence officers," May told parliament. "They have just one week to leave."

May said the biggest expulsions from London in 30 years would degrade Russian intelligence capabilities in Britain for years to come, reports Reuters.

"We will freeze Russian state assets wherever we have the evidence that they may be used to threaten the life or property of UK nationals or residents," May said.