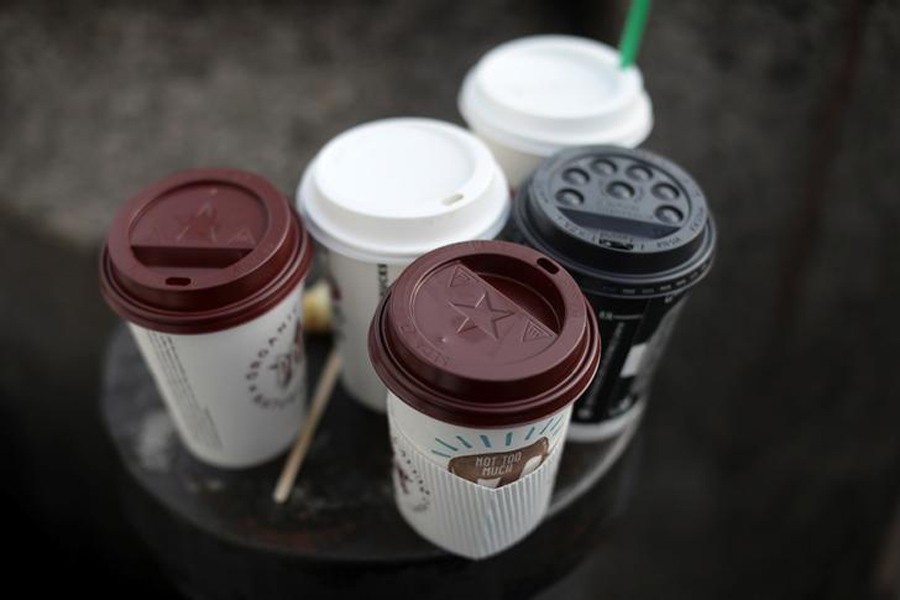 Britain has resisted a call by campaigners and lawmakers to impose a so-called “latte levy” on single-use coffee cups, opting instead to reduce the use of the cups through voluntary measures.

Less than 1 per cent of coffee cups are recycled in Britain because of the tightly bonded plastic liner, the difficulties of recycling packaging which has been in contact with food and drink and a lack of facilities.

A committee of lawmakers had recommended a 25 pence ($0.34) levy on the use of disposable coffee cups to try to cut on their usage.

The government has previously introduced a 5 pence charge on plastic bags, and in Friday’s response to the committee’s recommendations, it said the plastic bag levy showed that “these types of incentives can change consumer behaviour and this is something we could consider amongst other policy options”.

But the government offered no concrete proposals to introduce a levy on the cups, adding that coffee shops were already offering discounts to customers who use reusable cups and better provision for recycling.

“We are pleased that major coffee retail chains are taking action to reduce single-use coffee cups,” the government said in its response, adding that cup makers could also be encouraged to produce more eco-friendly products.

“These potential incentives would all work towards the same overall outcomes of increasing recycling and reducing litter.”

Mary Creagh, chair of the Environmental Audit Committee which had recommended the levy said they had put forward “practical solutions to the disposable packaging crisis”, reports Reuters.

“The government’s response shows that despite warm words they plan no real action,” she said.