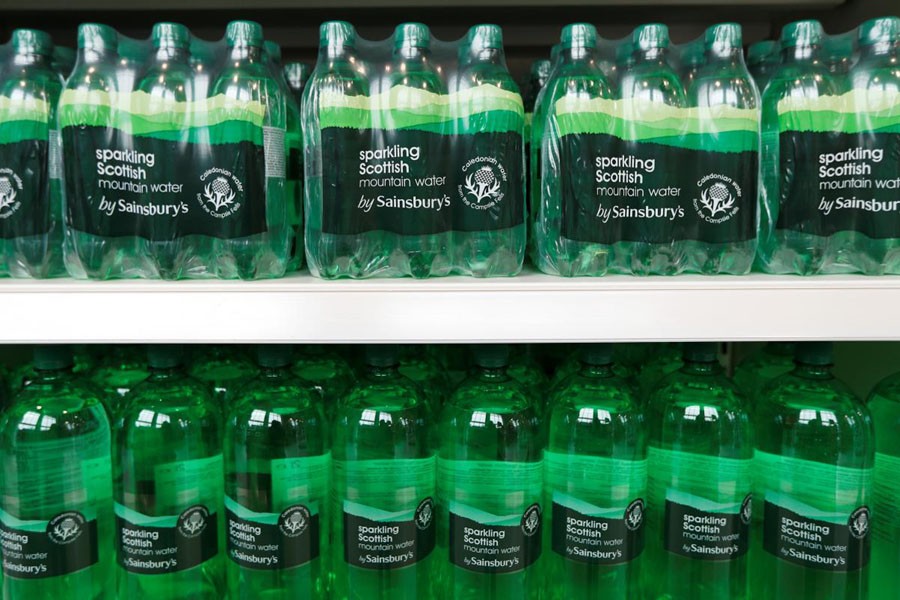 Bottles of own brand sparkling water are displayed in a Sainsbury's store in Redhill, Britain, March 27. Reuters/File Photo

Britain plans this year to introduce a deposit return scheme for single-use drink containers to increase recycling rates and slash the amount of waste littering the land and sea, the government said.

In deposit return schemes - which already operate in Denmark, Sweden and Germany - consumers pay a deposit when they buy a drink which they redeem once the container is returned.

British consumers get through about 13 billion plastic drink bottles a year but more than three billion are either incinerated, sent to a landfill or left to pollute streets, the countryside and marine environment, the government said.

"We can be in no doubt that plastic is wreaking havoc on our marine environment – killing dolphins, choking turtles and degrading our most precious habitats," environment minister Michael Gove said in a statement.

"It is absolutely vital we act now to tackle this threat and curb the millions of plastic bottles a day that go unrecycled," he said, adding that implementation of the scheme in England would be subject to consultations later this year.

The consultations will focus on the details of how the scheme will work along with other measures to increase recycling rates.

A possible alternative to the deposit return scheme is cash rewards for returning drink containers, the government said, reports Reuters.

This is often executed by a network of 'reverse vending machines' through which a plastic or glass bottle can be inserted into one and the machine returns money.

Britain has managed to slash the use of plastic bags since 2015 by charging 5 pence for each bag.