Blinken to visit Asia to emphasise US commitment 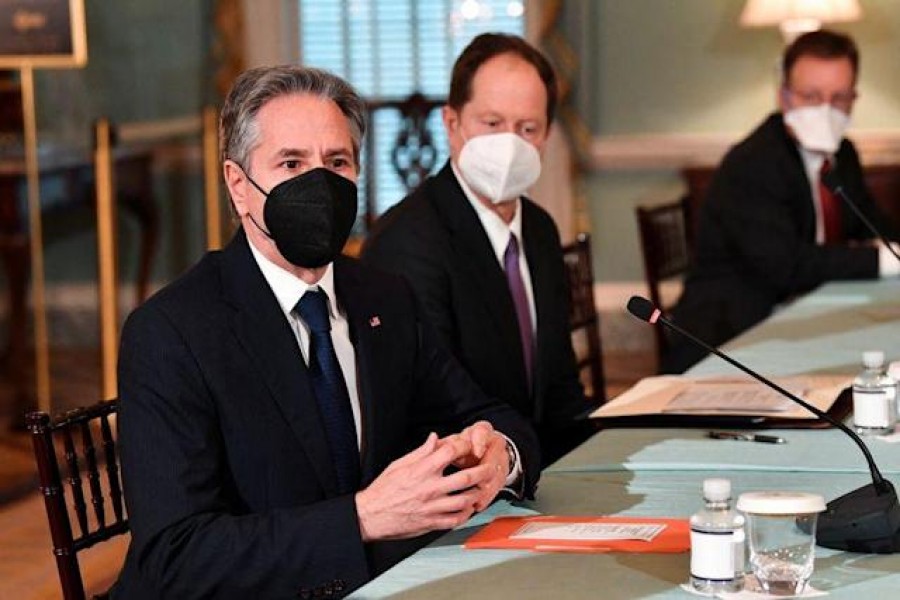 US Secretary of State Antony Blinken goes to Asia next week for talks with Indo-Pacific allies, including a meeting of foreign ministers of the four-nation Quad, the State Department said on Friday.

Blinken is making the trip despite the mounting crisis over Ukraine and policy analysts say the aim is to show the Indo-Pacific region support and that pushing back against China's expanding influence remains Washington's top priority, reports Reuters.

Blinken will leave Washington on Monday and be in Australia from Feb.9-12 for the meeting of the Quad - the United States, Japan, India and Australia.

Blinken will then meet Pacific Island leaders in Fiji before heading to Hawaii to confer with his Japanese and South Korean counterparts to discuss the North Korea issue.

The State Department said the purpose of the trip was "to engage Indo-Pacific allies and partners to advance peace, resilience, and prosperity across the region and demonstrate that these partnerships deliver."

The trip was announced even as China and Russia proclaimed a deep strategic partnership on Friday to balance what they portrayed as the malign global influence of the United States.

The State Department said that in Fiji on Feb. 12 Blinken would discuss the climate crisis, COVID-19, disaster assistance, and "ways to further our shared commitment to democracy, regional solidarity, and prosperity" with Pacific Island leaders.

He will be the first US secretary of state to visit Fiji since 1985.

A senior US official has said President Joe Biden's administration plans to start a new Pacific Islands initiative with allies and partners that would bring together regional countries to "raise our ambition in the region, including on climate, maritime, and transportation issues."

The official said it would at the same time finalize negotiations on Compacts of Free Association: agreements with three Pacific Island countries - the Marshall Islands, the Federated States of Micronesia and Palau - that facilitate US military access. They are due to expire in 2023 in the case of the former two states and in 2024 in the case of Palau.

US Indo-Pacific coordinator Kurt Campbell has said that the Pacific could be the part of the world most likely to see "strategic surprise" - comments apparently referring to possible Chinese ambitions to establish Pacific-island bases.

Washington had not done enough to assist the region and that there was a very short amount of time, Campbell said, to work with Australia, New Zealand, Japan and fellow Pacific power France, "to step up our game across the board."